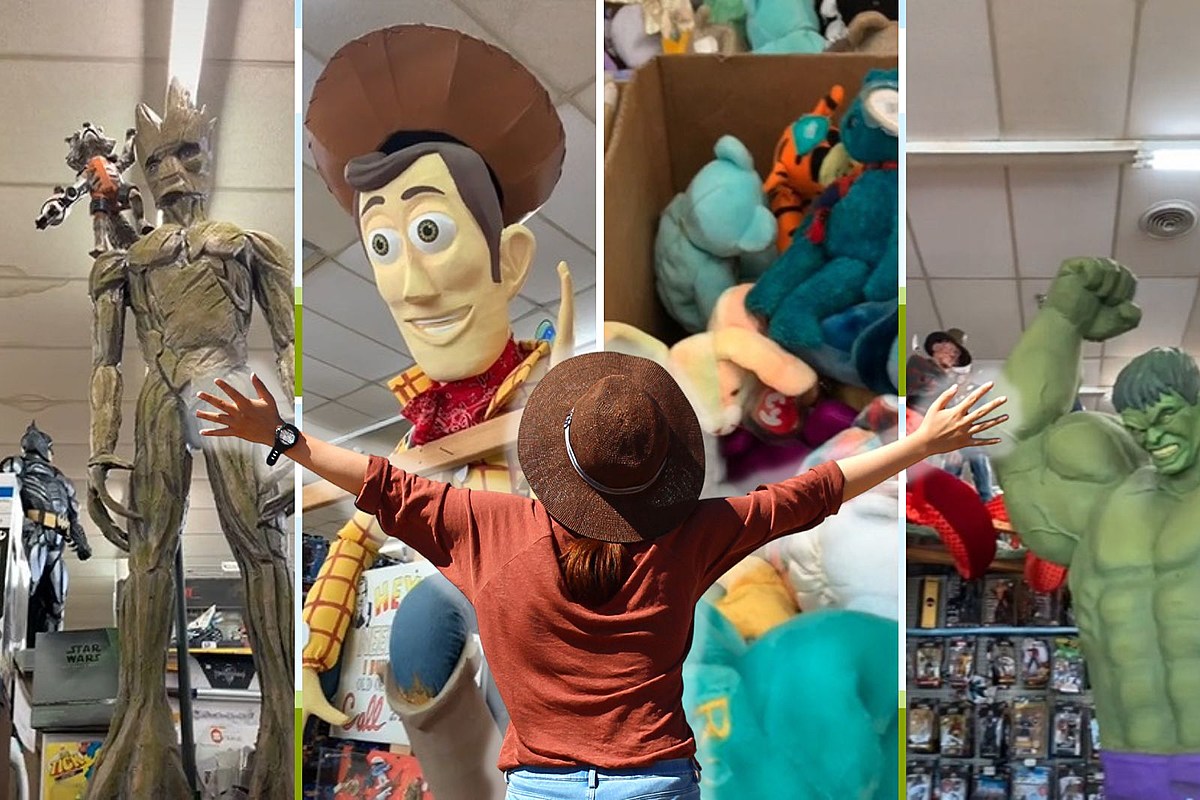 There is a verse in I Corinthians about putting childish things aside once you become an adult. But let’s face it…toys are nostalgic, and we still stop for a minute if we see something that catches our eye, even if we don’t intend to make a purchase.

I admit I did that. When I was a kid, I collected Hot Wheels and Matchbox Cars. I still have the ones that were my favorites when I quit. I was about 12 and mom suggested I keep the ones I loved. So I did.

Sure, I’m no longer lining them up on the carpet or stringing Hot Wheels tracks all over the house, but memories are always fun.

My sister is no different. One day, she hit the jackpot at the Consumer Mall when she found a duplicate of a doll she had owned for nearly 60 years. And now “Tammy” has a sister named “Janice.”

TOYS ARE HOT-TICKET ITEMS FOR COLLECTORS

I was at the Consumer Mall a few months ago – I hadn’t been there in years – and was amazed by their collection of small scale model car replicas. It wasn’t just Hot Wheels and Matchbox cars. And I just stood there watching.

According to LifeStorage.com, toys are among the top ten most sought-after items by serious collectors – something many of us wish we had known when we were kids, right? But what kid is NOT going to open the box?

It seems Consumer Mall’s toy collection has spread far beyond the Daviess County line. This woman drove 300 miles after learning this and was devastated when she got here.

And it’s not unheard of. This guy, whom I only know as Nerd Talk (the name of his YouTube channel), is a vintage toy collector. I don’t know where it’s from, but I don’t think it’s Owensboro.

Avid gamer RetroWolf88 was RetroHeaven when he discovered Consumer Mall.

(By the way, I don’t want to alarm you, but we can now have the nostalgia of VIDEO GAME CONSOLES.)

As I immersed myself in researching toy collecting, I might kick myself. I’ve already mentioned my childhood love for die-cast cars. My two other favorite entertainments when I was a child? Comics and action figures, both of which will pay you BIG if you take care of them… which, of course, I didn’t.

If only we had YouTube back then, I would have received a valuable education from collector Scott Neitlich.

I guess it’s never too late to start, even though I’ve just started looking for ANOTHER hobby (I’ve never been a big “hobbyist”, so that’s a development).

Still, it’s very cool that my hometown has a niche opportunity for collectors hundreds of miles away. I could just keep following this…

… while I set up my Hot Wheels track in the carport. (wink wink)

WATCH: The best holiday toys from the year you were born

With the holiday spirit in the air, it’s the perfect time to dive into the history of iconic holiday gifts. Using national toy archives and data curated by The Strong from 1920 to present, Stacker researched products that captured the minds of the public through novelty, innovation, kitsch, quirkiness or just the right time, then exploded into success.