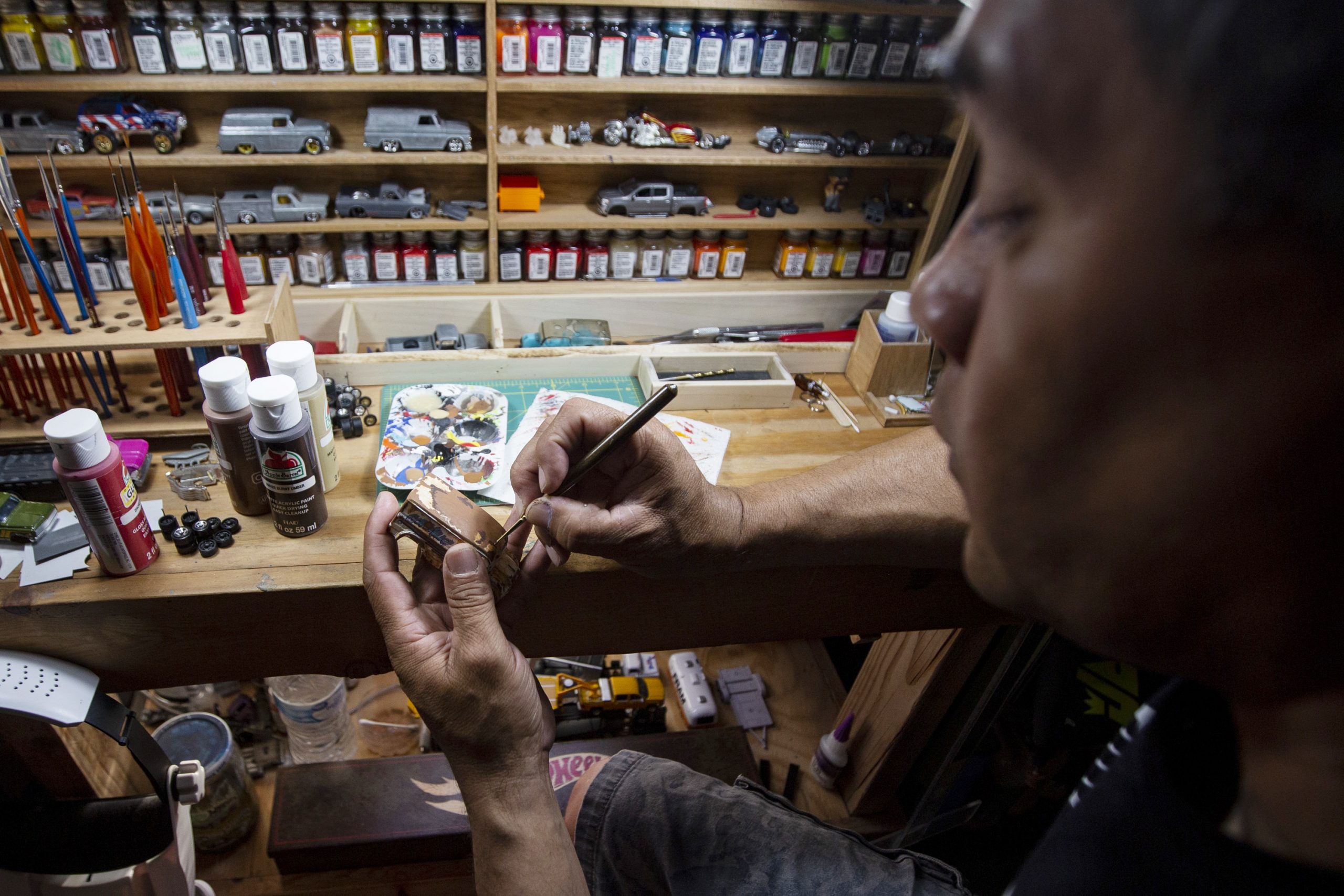 There’s a difference between car guys and non-car guys.

So why do some of us become car enthusiasts? Where does the love for cars come from?

For some it’s design art, or history, or maybe it’s the memories they make with their dads in their trucks, a Steve McQueen movie, or maybe it’s is as simple as their love for their first Hot Wheels.

Like most young boys, David Gonzales, 47, grew up playing with toy cars.

These toys later became an adult hobby of collecting and customizing. Gonzales would later show off his hobby by creating Peanut’s Custom Garage on various platforms.

He started customizing Hot Wheels in 2016, stripping down molding, chassis, interior and windows. He then gives them custom paint jobs, custom body jobs, and custom interiors.

“My favorite thing about customization is the detail, which is what I love to do,” Gonzales said.

Gonzales added: “I do not resell what I have bought for myself. Unless I have another customizer who needs a certain cast…if I have that many of a certain cast then I will trade it or send it to them in what we call ROA, random act of kindness .

Gonzales created Peanut’s Custom Garage for his customs as the hobby grew. Gonzales received the nickname Peanut from one of his uncles when he was a young boy.

Gonzales said he got the idea to start customizing after seeing a post on Instagram from another guy who had customized Hot Wheels.

“And so, I started trying and learning the techniques,” Gonzales said. “…Most of the things I do or learned were off Instagram. And some guys wouldn’t tip you.

“I’ve sold some in the past… I’ve done commissions for people and a bunch of us trade with other guys. They’ll send me a custom and I’ll send them a custom. What we call a custom for the custom trade, and I love doing that.

“There are some that I like too much, so I’m going to go ahead and keep them.”

Gonzales expressed while he mostly customizes trucks, his passion for the hobby really lies in customizing.

“I’m really into the rat rods, the rusty weathered look,” Gonzales said. “Stuff like that.

“It’s very peaceful. …Of course, like any other hobby. Sometimes things won’t go your way. But you know, you just sit there and relax and you do it and you enjoy it, especially if you enjoy it like I do. So it’s really therapeutic and it’s really nice. And it’s really cool to see what you did after customizing.

Gonzales spends a few hours each day after work customizing for a week or two before a custom diecast is completed.

“There’s so much you can do with these things,” Gonzales said. “It’s incredible.”