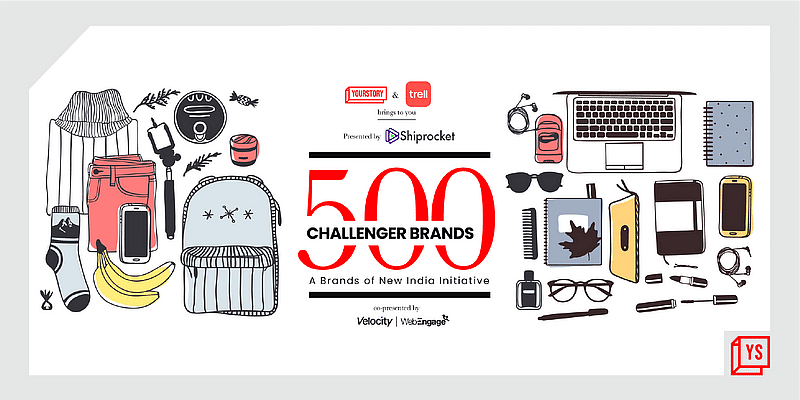 Brands of New India is back with the “500 Challenger Brands” initiative; all set to unveil the second list of D2C 100 brands

Launched with the aim of discovering, highlighting and amplifying high-potential emerging D2C brands, Brands of New India’s “500 Challenger Brands” initiative is set to launch its second batch of 100 brands at a virtual launch event on March 9, 2022 from 11:00 a.m.

‘500 Challenger Brands’ is part of YourStory’s ‘Brands of New India’ property which was unveiled in September 2021. Since its inception, the property has undertaken multiple initiatives such as the launch of the first batch of 100 challenger brands and bringing together various stakeholders of the D2C ecosystem through the Brands of New India Mega Summit. Through these multiple initiatives, engagements and events, the property aims to help India build a portfolio of 500 strong D2C brands over the next three years, and also enable existing D2C brands to grow their collective revenue base. from the current $10 million. at $100 million.

Why should you attend?

The 500 brands were selected through extensive research among the top D2C brands in the country and after reviewing more than 1,000 applications received by the company when the initiative launched in September 2021.

Brands recognized under “500 Challenger Brands” will be duly amplified across various YourStory properties, in addition to access to the company’s network of investors, enablers, mentors and other key stakeholders.

Announcement of the remaining 300 brands will take place in batches of 100 over the next eight months. In addition, challenger brands selected by the jury from among the ‘500 Challenger Brands’ will be nominated for “The brand accelerator” – another initiative under Brands of New India – which will be supported by YourStory’s network of stakeholders to mentor and support them at scale.

To register for the event and ensure that you receive the report directly in your mailbox, please fill out the form here

To learn more about the initiatives and events launched under Brands of New India ownership, visit the official website.