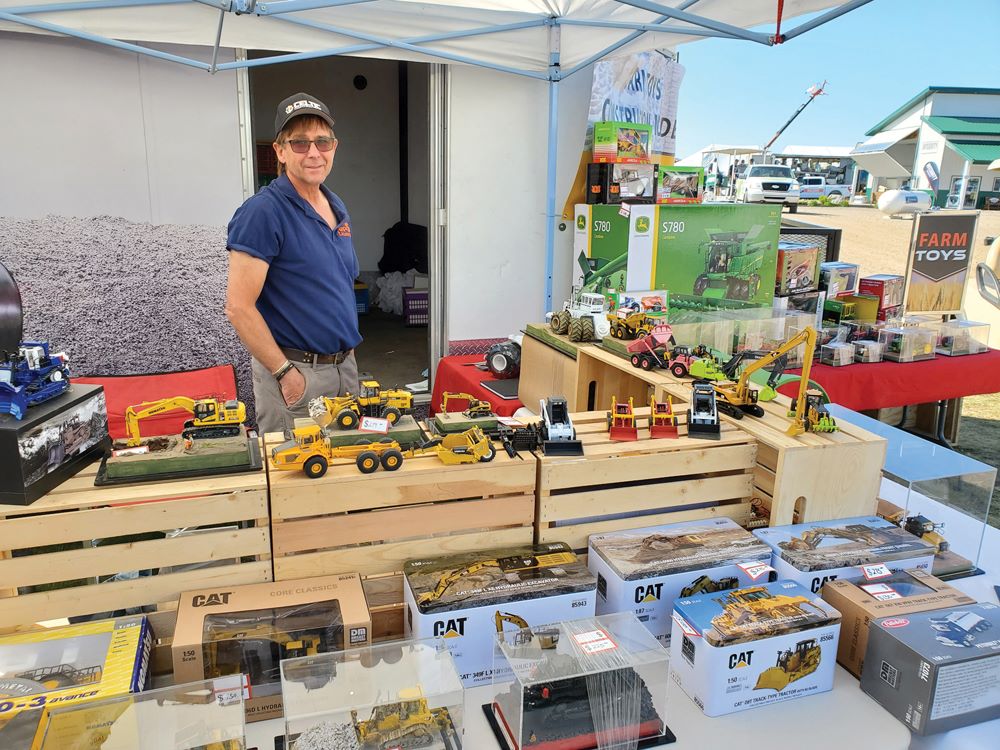 Most farm offices have a shelf with a few die-cast models of favorite tractors or farm machinery. And as Christmas approaches, the parts departments of nearly every equipment dealership begin to stock the shelves with all manner of toys and farm models. They make great gifts for everyone from young children to grandpa – or maybe even grandma.

Now imagine these scale models placed on a unique, personalized display environment that has special meaning to the recipient, perhaps placed in a diorama replicating part of a particular farm. It’s the kind of thing that can elevate the gift of a model car to the next level.

It’s something brothers Peter and John Comben of Saskatoon, Saskatchewan focus on on the sidelines. They operate JPS Excavating in the city, but they also operate Construction Models CA.

The Combens displayed some of their inventory and custom-made displays at the Ag in Motion agricultural show in July.

“It’s really the first time we’ve brought them to a show,” says Peter.

The Combens can even modify a particular model themselves to create a more accurate representation of a certain machine. “It’s something that John did a lot in England,” says Peter. “Custom designed arrows and props, that sort of thing. We started doing dioramas in the last two years.

“We’ve had great success with company promotions, retirements, giveaways or for someone who has purchased a machine,” he adds.

The brothers also retail die-cast farm and building models. They have even created machine models from scratch when a commercially available model is not available. And when it comes to creating an interesting scene to display them, just about any type of farm diorama is possible.

“We can put models in a scene or a diorama (to display them),” adds John. “I’m always coming up with new ones to build.”