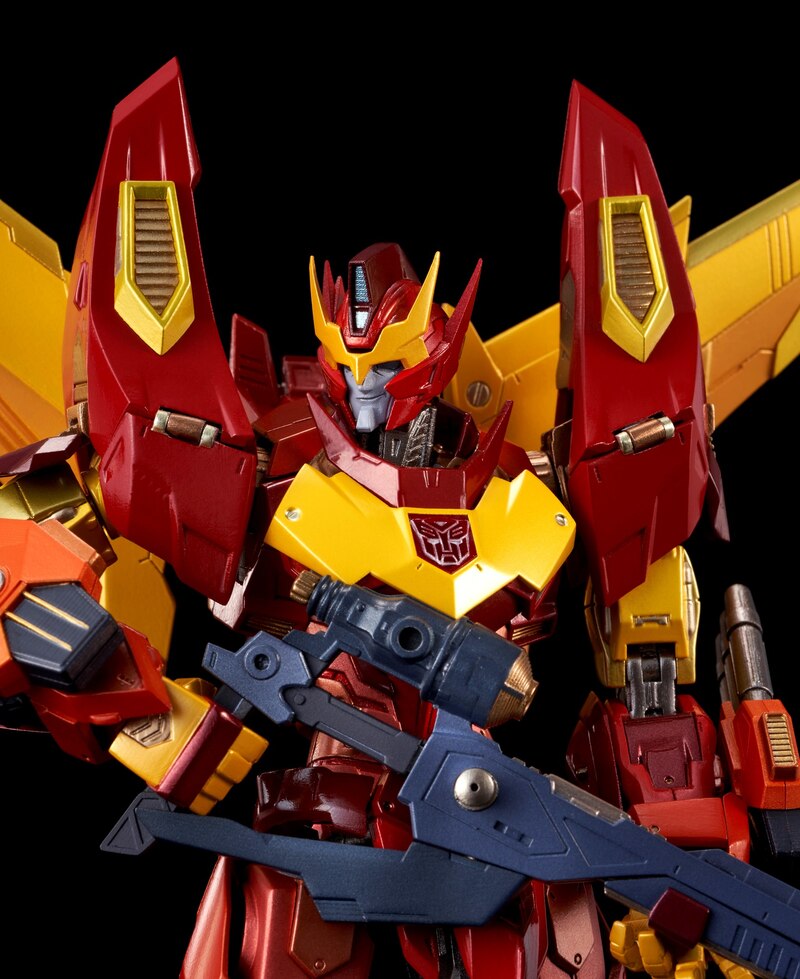 The time has come when Flame Toys releases its next version of Flame Toys Kuro Kara Kuri figures for the Transformers Rodimus! They have released official images and details of pre-orders which are now open in Asia with more retailers to follow soon.

Check out the official images and product info below for more details on this spectacular 9-inch tall non-transforming figure with exclusive LED electronics (seen below) that will ship December 2022. Presumably, there will have a regular version sold at TBR retail stores.

Rodimus, another name called Hot Rod. He stood against Zeta Prime and the corrupt Senate. He refused to join the Decepticon which was led by Megatron. When Orion Pax became Optimus Prime and awakened Metroplex, the true identity of the Acropolex, Rodimus decided to become an Autobot. His unfailing ability to inspire loyalty led to him becoming an important role in Autobot.

– 5 LED units. The eyes, chest and 4 shoulders have a light function!

– Super articulated with die-cast parts for added strength and heaviness!

– You will get powered light box as bonus parts if you order from www.d4toys.com, SEN-TI-DEN official store, Amiami in Japan or Flame toys event.

Here are some e-channels for your order:

Official e-shop (with Powered Lighting Box as a bonus):
https://www.d4toys.com/index.php?route=product/product&path=427_474&product_id=1030