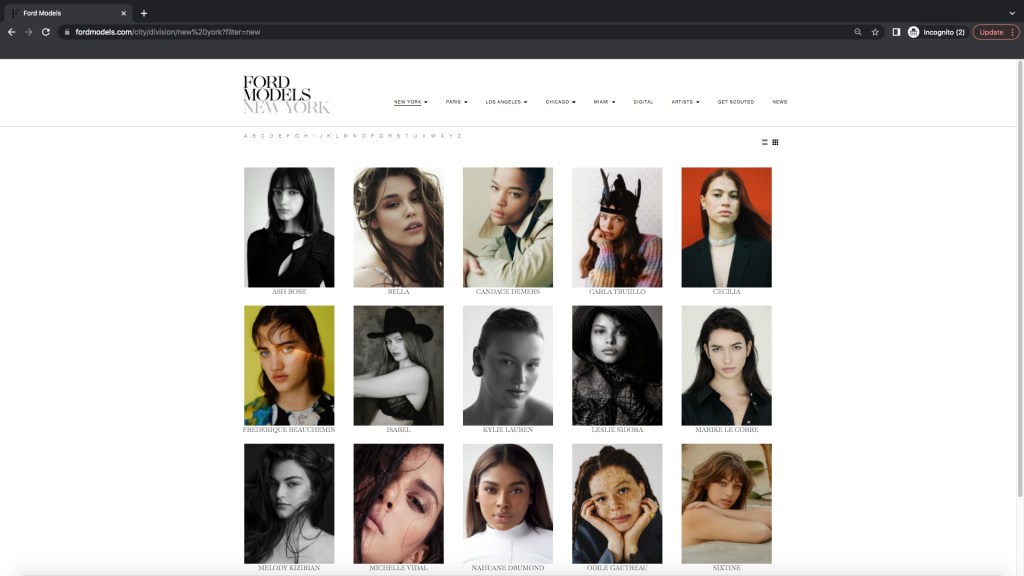 After a 10-year hiatus, Ford Models reintroduced a Curve division.

Among the Curve models that Ford will represent are Leslie Sidora, Kylie Lauren and Candace Demers.

During its history, Ford Models Curve was responsible for launching the careers of Ashley Graham, Crystal Renn and other notable Curve models.

As noted, in 2020 Ford Models was absorbed into its Brazilian counterpart after struggling with leadership issues. The modeling agency, founded in New York by Eileen and Jerry Ford, was acquired by Ford Models Brasil and its owner and CEO Decio Restelli Ribeiro. He leads the combined company, which has US operations headquartered in New York, but also a main office in Los Angeles. Other offices are in Paris, Miami and Chicago, as well as in Brazil, where the company has six offices, the main ones being in Sao Paulo, Rio de Janeiro and Porto Alegre.

Ribeiro told WWD, “Reorganizing the company and its mission has been an incredible journey. We have learned a lot throughout this pandemic and adapted to a new and better reality. Not only have we opened new revenue streams with Ford Models Digital and its incredibly talented roster of content creators, but we’ve also made it our goal to keep the diversity conversation going.

Following the restart of Ford Models Miami and its business advice, “we have strategically planned the relaunch of Curve on what marks the second anniversary since the acquisition of the international business by Ford Models Brasil. With headquarters rooted in one of the most diverse and positive countries in the world, we are very proud to reintroduce Ford Models Curve,” said Ribeiro.

He noted that Ford’s future plans to support diversity will include the return of The Supermodel of the World competition, originally created by Eileen Ford in 1980.

Ford Models Curve will seek to book its models on magazine covers, editorials, advertising and campaigns, runways and beauty. The initial launch will include about 20 models, and the goal is to bring together a group of boutique talents who can also move from fashion to high-end retail and beauty spaces.