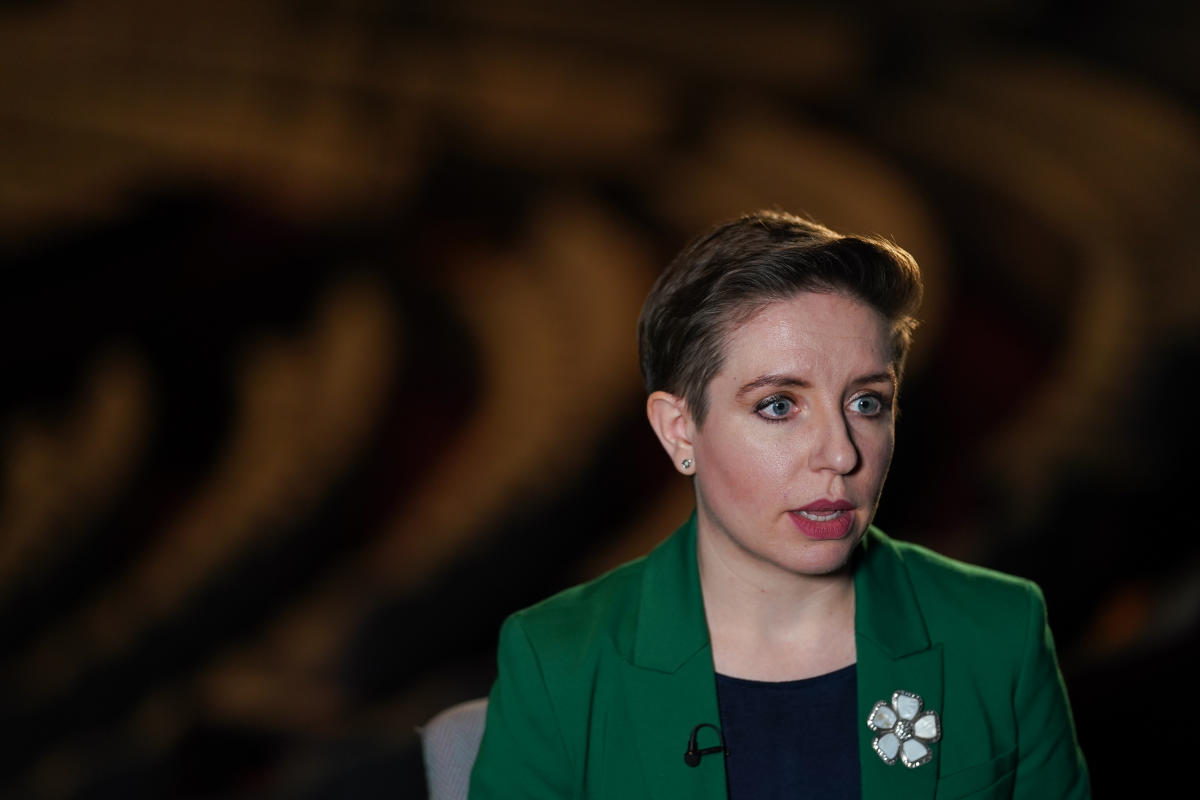 Carla Denyer attacked GB News during a debate with her political correspondent Tom Harwood on the BBC political show tuesday.

Denyer argued that anything Harwood said should be taken “with a grain of salt” because of his channel’s political leanings.

Denyer, co-leader of the Green Party of England and Wales, said: “We all know you work for GB News, which is a far-right propaganda organisation.

“We have to take what you say with a grain of salt.

“I just think it’s helpful to have a context of where these messages are coming from.”

Denyer added that climate denial is now socially unacceptable and organizations that were previously behind it are moving to a “climate delaying approach”.

Harwood replied, “I don’t know what the climate is holding up to defend the reduction in CO2 emissions that this country has achieved…or defend the need for onshore wind farms, to fight the Green Party where it has blocked onshore solar farms . .”

He called it a “ridiculous ad hominem attack” and accused Denyer of launching the attack because his arguments “didn’t hold water”.

Harwood claimed he and many GB News colleagues were saying progressive things about ways to tackle climate change.

Denyer then accused Harwood of setting up a ‘strawman’ argument that she suggested no progress had been made on climate change.

She said the science was clear that progress in the UK and the rest of the world in tackling climate change was not moving fast enough.

One from 2015 was published by an American fossil fuel-based think tank called the Heartland Institute and was titled “Why I’m a Climate Skeptic.”

Meanwhile, Rishi Sunak said Monday that climate and energy security go “hand in hand” and that world leaders must act quickly to address the impacts of climate change.