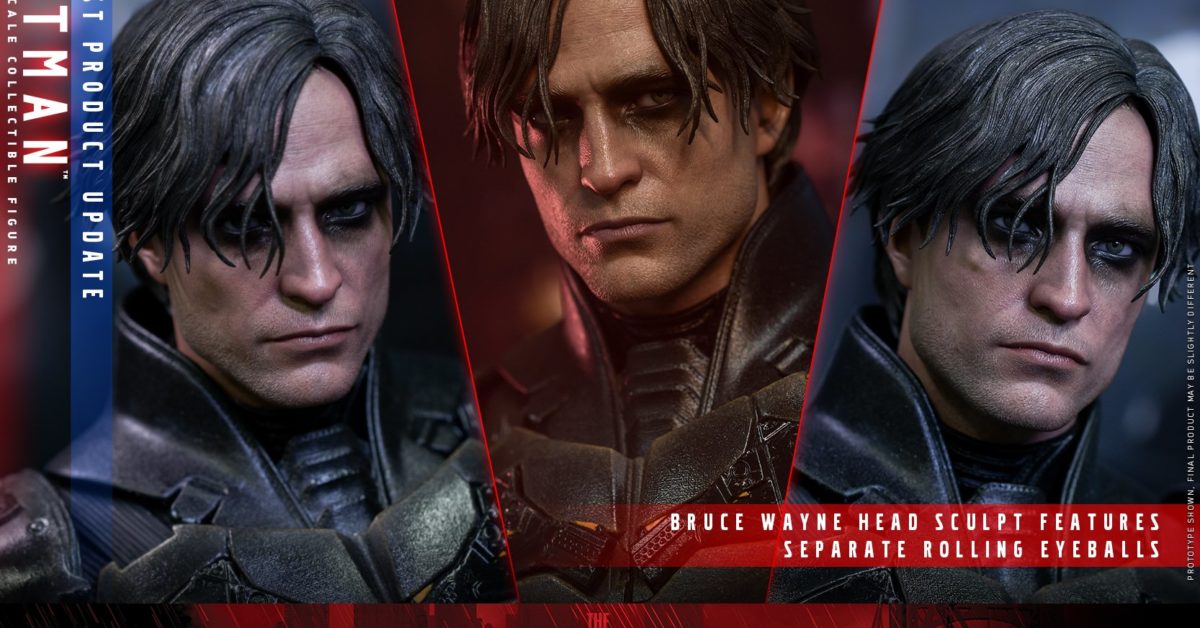 Hot Toys is back with a special update for their upcoming The Batman 1/6th scale figure. There were quite a few complaints when Hot Toys revealed this figure with his head sculpt. This figure was already sculpted before the movie was released and has now been modified to fit his current design. Some of the new modifications consist of an updated hair sculpt for the Bruce Wayne Head Sculpt as well as an additional interchangeable hair sculpt. The Batman will now feature die-cast batarangs, replacing the original design. Hot Toys even updated his body physique and suit colors to match the original design from the movies.

It updates like this which really shows how different Hot Toys is from other companies. Obviously, money is the issue here, as you expect quality when it comes to a $250 figure versus $20. However, a lot of the $20 single figures would sell for a lot more if fixes like this were to be made like some of the McFarlane DC Comics figures. The Batman Hot Toys Sixth Scale Figure is priced at $300 and is still up for pre-order here.

“Special news on The Batman 1/6th Scale Collectible Figure (The Batman Collection Series). Hot Toys is thrilled to announce today a special update to The Batman Movie Batman Figure. Keep looking excellence in collectible craftsmanship, we had refined details of it on the prototype with special attention immediately after the official release of the film. Enhanced features include:

We have more exciting collectibles from The Batman on the way. Stay tuned!”

How these 4 traditional brands stay relevant in the digital world