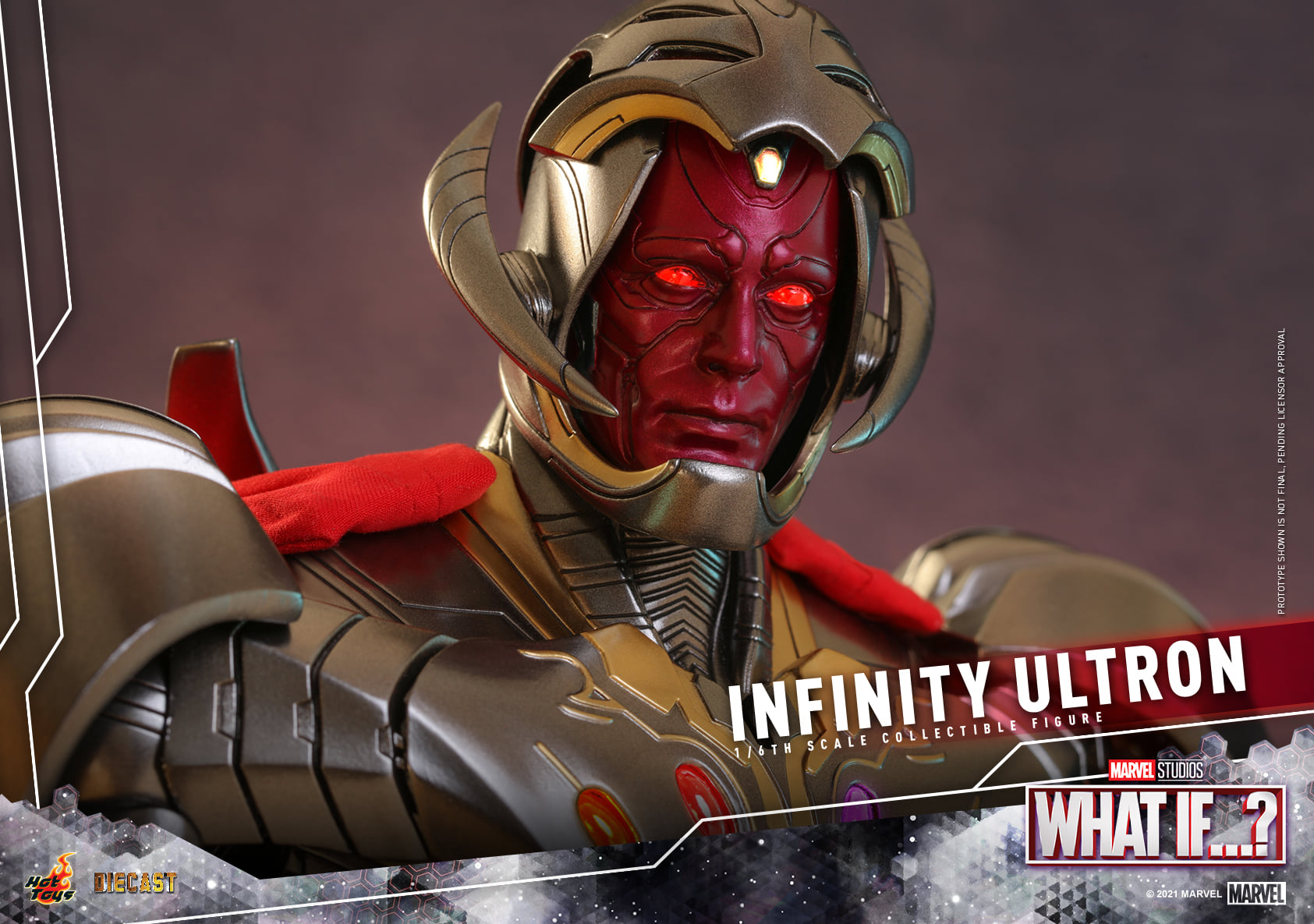 Hot Toys reveals Infinity Ultron from Marvel’s What If?

Hot Toys has now revealed a new figure from the hit TV series called What if from Marvel. This time around, fans can try to get their hands on Infinity Ultron which appeared in episodes 8 and 9.

Infinity Ultron was a cool villain as he claimed all of the Infinity Stones and even traveled the multiverse. It was more badass than the Ultron we’ve seen of Avengers: Age of Ultron.

The toy measures 39 cm and is faithful to the screen. You can find out more about the Facebook hot toys announcement posted below.

In episode 8 of What If? from Marvel Studios, Ultron not only manages to merge with Vision, but also gains the power of the Infinity Stones when Thanos the Mad Titan arrives on Earth. Wielding unstoppable power, Ultron takes his grudge against organic life across the vast expanses of space, intending to wipe out the entire multiverse …

To expand the multiverse display, Hot Toys is excited to present Infinity Ultron as an incredibly detailed 1 / 6th scale diecast collectible figure from What Ifâ€¦? collection.

Skillfully designed based on the appearance of Infinity Ultron in the animated series, the diecast figure stands 39cm tall, features a new helmet head sculpture with LED light function on the eyes and mind Stone; highly detailed helmet with LED light function and magnetic folding design; multiple coats of titanium gray and matte gold paint on the LED-lit Infinity stone-encrusted armor; most notable for the iconic double-headed spear; and figure stand.

The new 1/6 scale Infinity Ultron figure is here to conquer your screen!

This new toy should be available for pre-order shortly from Attraction.