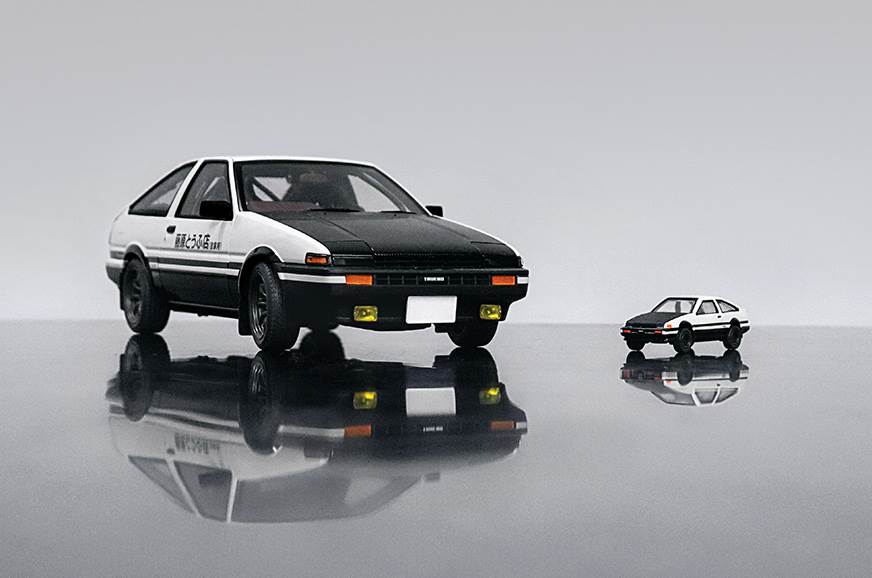 You don’t need a million dollars to have the garage of your dreams. We show you how to get it cheaper but smaller, right in your own living room, with miniature cars!

Collecting model vehicles is one of the world’s most popular and important hobbies, with literally something for every price and demographic. From trucks, trains and planes to cars and bikes, of course, almost everything popular in real life has been designed in a scaled-down version for enthusiasts to enjoy in their own living room. And since most of us have spent quite a bit of time locked in our homes over the past few weeks, miniature cars can certainly go a long way in quenching our insatiable thirst for all things automotive!

The easiest way to categorize model cars (or vehicles) in general is by size. From as large as 1: 2 to as small as 1:87, the larger the second digit in the ratio, the smaller the car.

For example, at a scale of 1:18, the 18 in the report means the car model is exactly 18 times smaller than the real deal. While some sizes are more popular with collectors around the world, some are rare and more specialized; and as is often the case, the larger the size, the more expensive the car, generally. So, let’s start first with the most popular scales that collectors prefer around the world.

The most popular scale in the world for model cars is 1:64. Essentially, this is the scale that Hot Wheels makes cars and as miniature car collectors say, “a man’s obsession with cars starts with a 99-cent Hot Wheels.” In India, a standard Hot Wheels now costs Rs 120, while the special versions – most of which come with rubber tires, better wheels and more details in general – cost Rs 400. There are also several other brands that manufacture from cars on the same scale, from popular brands like Tomica and Matchbox, which cost around Rs.300 to Rs. 500 each, to higher-end brands like Kyosho which can cost over Rs. 1,000 per car. Most modern cars, especially American muscle cars and supercars, are made by Hot Wheels, while brands like Tomica specialize in obscure Japanese vehicles. 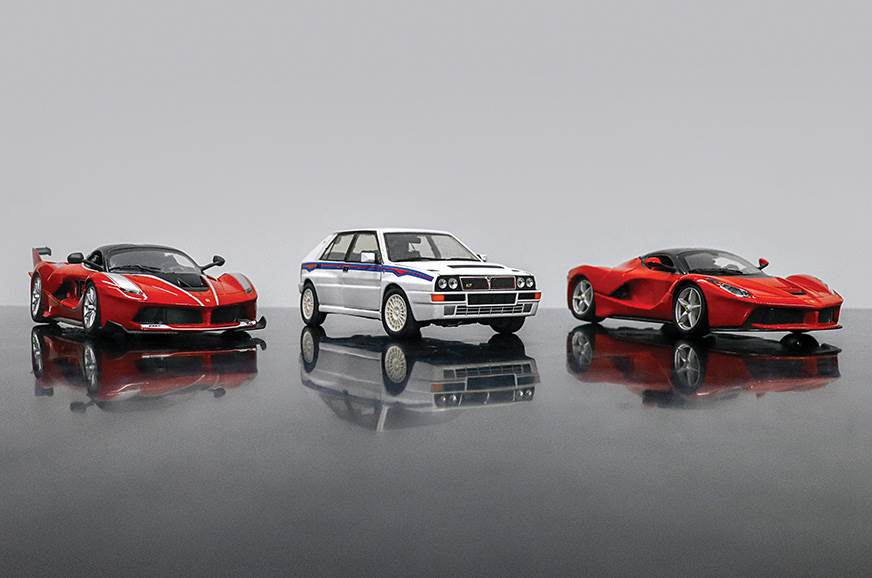 The 1:24 scale is a good entry point for collectors.

For most collectors who are embarking on building a serious collection, the next logical step in the big 64 scale world is either the 1:43 scale or the 1:18 scale. Both of these models are extensive and offer a fairly wide range of car models – from models with basic details to the most detailed.

The popularity of the 1:43 models stems from the fact that almost every car ever made in real life has been reproduced in some form or another on this scale. From unique concept cars and design studies from the 30s, 50s and 60s to the latest and greatest hypercars of the modern era and your everyday passenger cars – like the Ambassador, of which there is usually a 1:43 scale interpretation. And, as with the 1:64 scale, the prices depend on the level of detail of the model. 1:43 scale cars can be bought for as little as a few hundred rupees and can also cost up to 5,000 rupees. If the model is made by hand or in very limited numbers, it can even cost three times as much! Popular entry-level brands include Bburago, which also makes a variety of modern and classic Ferraris, as well as more detailed brands like Autoart, BBR, LookSmart, and Kyosho. But most 1:43 scale cars are actually priced between the two extremes, and there are hundreds of small boutique model makers offering absolutely fantastic subjects. 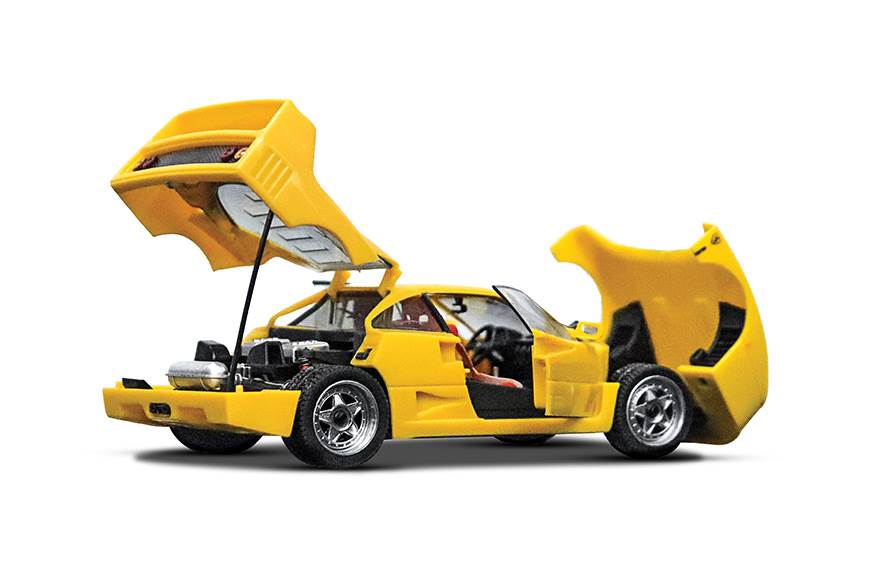 Some 1:43 scale cars contain a lot of details.

The other very collectable and sought after size, as we mentioned earlier, is 1:18. This scale is also my favorite and the one that I think gives you the best mix of size and detail. More importantly, it also displays well on display cases or shelves. Today, 1:18 scale cars in India from mass market players like Bburago, Maisto, Welly and Solido start around Rs 2,500-4,500, and these brands are usually a good place to start. your collection. As with all scales, the higher the detail and rarity of a particular model, the higher the price, and the same goes for the 18 scale as well. 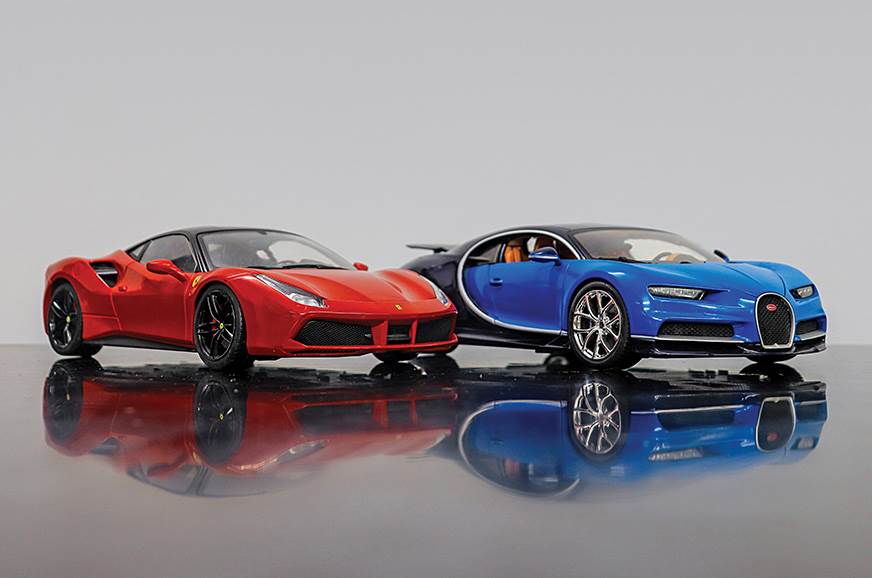 While a budget of around Rs 8,000-10,000 would usually allow you to get a great model from a multitude of model builders, some of these collectible specials can cost you well over $ 30,000-50,000. Rs! But for that kind of money, the details that model builders like Autoart, CMC, BBR or MR Collection fit into their models are staggering, like in the Pagani Zonda R which you can see below; it is considered by many to be one of the greatest car models ever made. 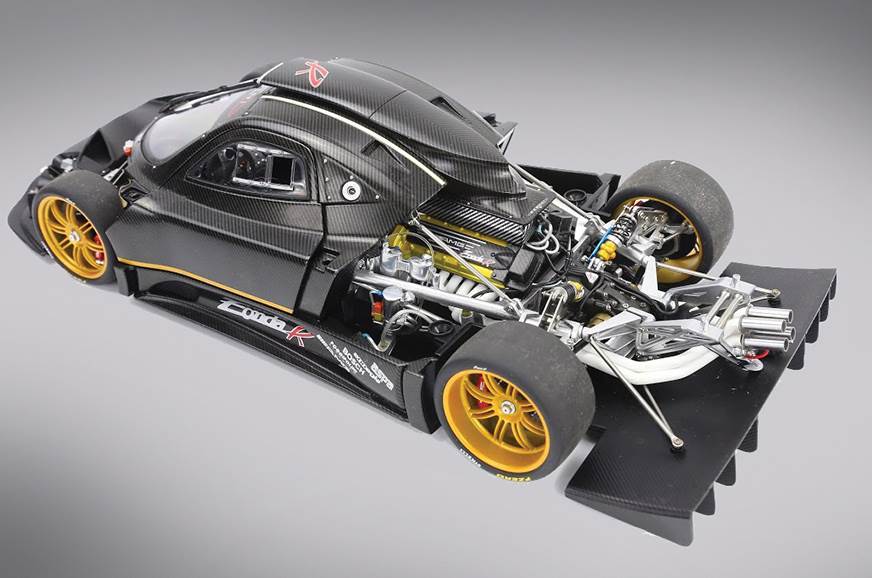 While these three scales make up the bulk of model cars sold around the world, there are other popular scales as well. For example, 1:24 is extremely popular in and around Japan, and most miniature car kits that one has to paint and build from scratch are on this scale. This scale also offers prefabricated cars from several popular model makers, at around Rs 1,500 each. Another popular scale that generally blurs the line between toys and collectibles is the 1:32 scale. It often comes with cars that have a pushback engine, which is great when it comes to giving kids something to spend their time on while also helping to fuel their imaginations.

And finally, we come to four scales that wedge the extremes of the collectible world with their size. On the small side, the 1:76 and 1:87 models, two tiny models that sometimes make a good impression, are most definitely something a serious collector should consider. 1:87, in particular, is also called the HO scale because

it is used in the establishment of model railroads. At the other extreme, for most collectors, the crown jewel of any large collection is the 1:12 and 1: 8 scale. These large and very expensive miniature cars are very rare, in terms of subject matter, and can cost over Rs 1 lakh in some cases. But nothing, and we mean nothing, makes jaws drop and eyes pop like a huge 1: 8 scale miniature car! 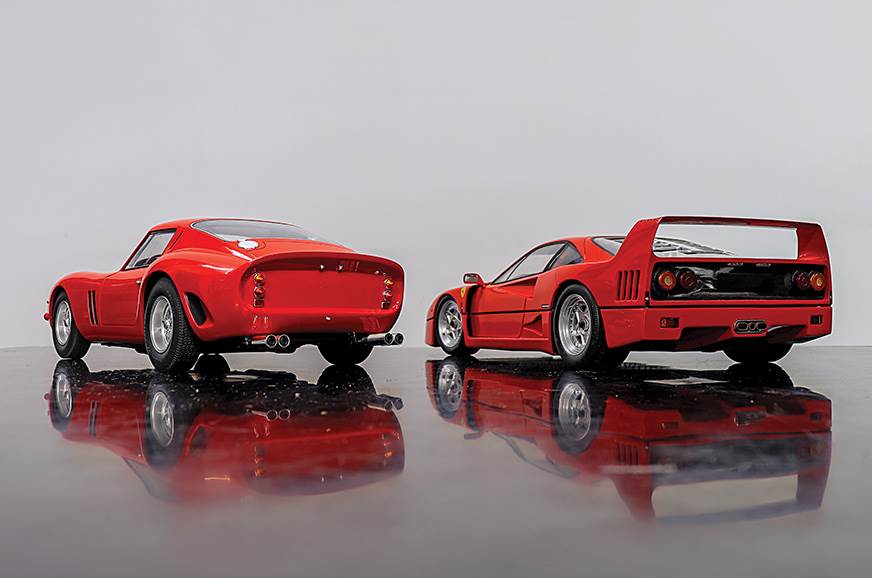 These 1:12 Ferraris are absolute masterpieces.

Now that we’ve briefly gone through the different scales and approximate prices for each, here’s the one important aspect that I always advise people, when it comes to a collection.

While many people can afford a lot of cars and form a good collection, a large collection always has a theme and a direction for the collector to take. Whether collecting a particular type of car or a particular brand, thematic collections are often the ones that stand out the most.

So now that you know them a bit, go ahead (figuratively speaking) and build the garage of your dreams yourself!

The most expensive Hot Wheels ever sold is a 1969 Beach Bomb pink case prototype that cost $ 1,75,000, or around Rs 1.32 crore! Yes, you read that right! Only two of them exist in the world and the reason they are so expensive is the fact that they weren’t based on the final version of the car that was released. Instead, they were held up by a Hot Wheels employee and sold years later. 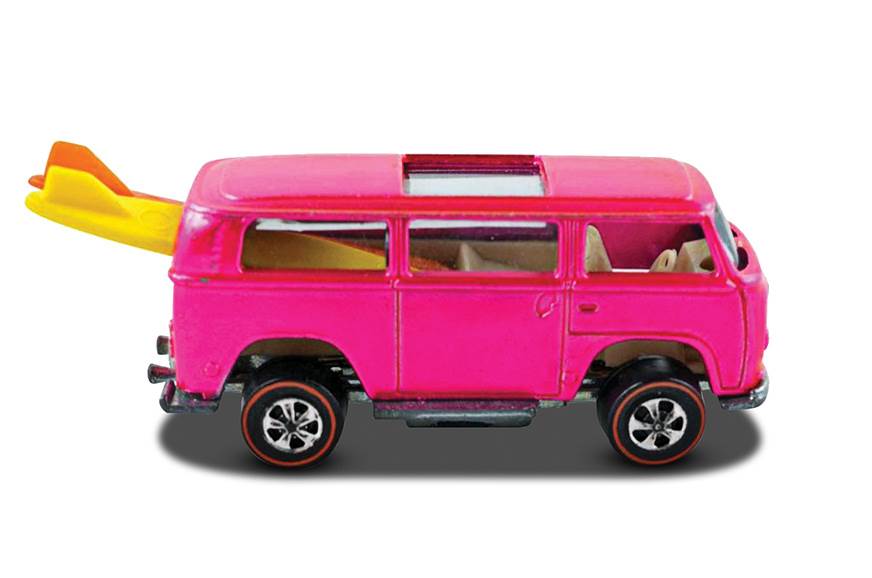 The main difference between this model and the final version is the fact that its surfboards load through the rear window, whereas on the production version the surfboards were attached to the side. This version also had much larger wheels than the standard car, as well as a smaller sunroof. Overall, however, it’s the holy grail of classic car models.

Where to buy models 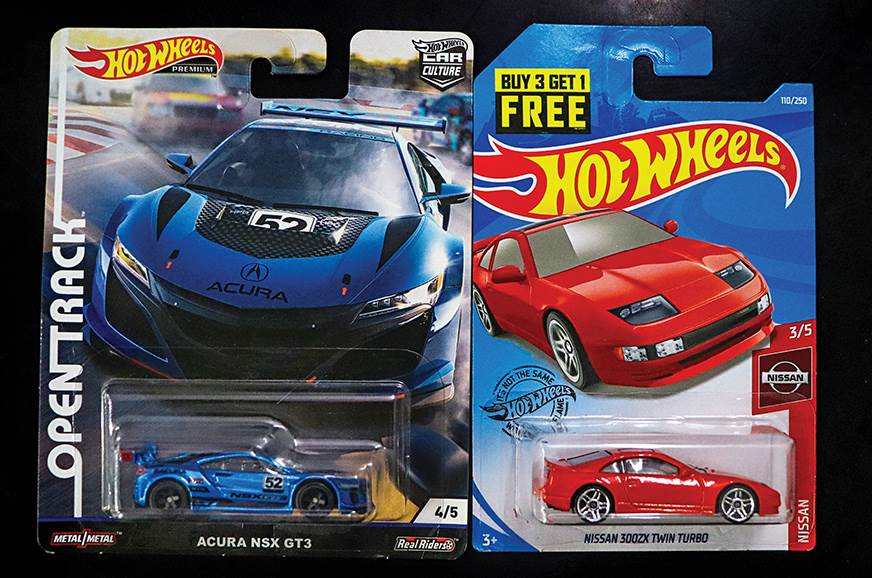 While most toy stores and malls usually stock Hot Wheels or entry-level 1:18 scale cars, there are specialist sellers who stock many high-end, gear-focused miniature cars. hobbies. In India, some of the sellers I trust are Automania (automania.co.in) and CarCollective Online (Instagram: @ carcollectiveonline), both of which are based in Mumbai and offer nationwide delivery. Other sources include scalearts.in and Facebook groups like ‘Die-Cast Hub India’ and ‘Hot Wheels Collectors India’.

Internationally, ck-modelcars.de is one of the biggest model car websites in the world and of course good old eBay still works well too. But keep in mind that shipping and customs fees can be expensive.

What do you think of this feature