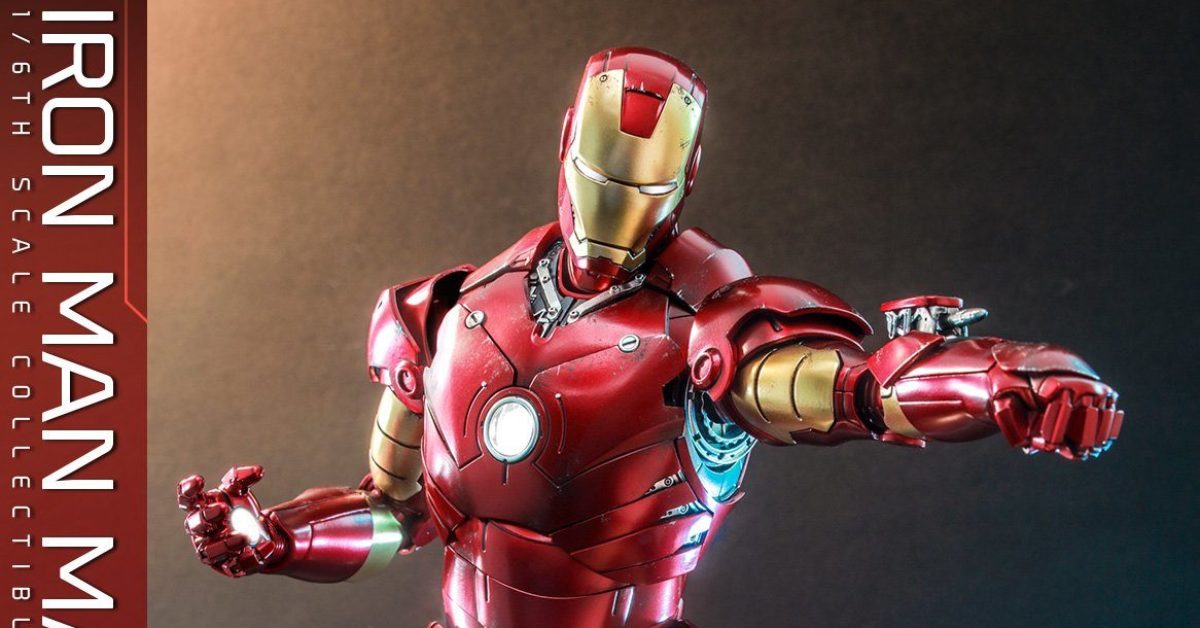 Hot Toys takes Marvel fans back to Phase 1 of the MCU with Marvel Studios’ Iron Man. Tony Stark is back, and in his iconic Mark III armor, Hot Toys announces a new and improved 2.0 version. This figure is not the same as the previous one as it features an updated height, articulated size, newly improved colors, and beautifully designed internal mechanical details with light up functionality. Two head sculpts are included featuring the head of Iron Man and Tony Stark with a stunning likeness to the one and only Robert Downey Jr. A nice assortment of interchangeable armor pieces, hands, and battle damage armor are all included, along with a nicely detailed Iron Monger display base. Hot Toys is notorious for showing Iron Man too much love, but this figure is sensational! If you need an Iron Man figure for your Hot Toys MCU collection then this is the one, and it’s set for a Q3-Q4 2023 release. Pre-orders are not live and price is unknown, but expect them to be posted here soon.

“Tony Stark’s Iron Man is still one of the most charismatic and iconic heroes in the Marvel Universe and his genius is evident in the Mark III armor that was seen in Marvel Studios’ Iron Man. In detail, Hot Toys is proud to present the Iron Man Mark III (2.0) 1/6th Scale Die-Cast Collectible Figure that showcases the exquisite design and armor pieces crafted by Tony in the first film Iron Man, with a detailed Iron Monger themed diorama base.

“The Iron Man Mark III die-cast figure stands 12.5″ tall and is meticulously crafted based on the likeness of Robert Downey Jr. as Mark III in the film, features a head sculpt of Tony Stark with incredible likeness, interchangeable helmet head with LED light-up function over eyes, additional mask with battle damage effects, faithful recreation of the high-tech armor with collapsible size for a wider range of movement, distress effects applied to matte red and gold armor, multiple interchangeable armor pieces sculpted with battle damaged effects, also Forearm armors simulating missile fire mode and mode of protective shield.The figure also comes with a diorama figure base depicting the battle of Iron Man and Iron Monger.A special edition available in select markets will include a Mark III helmet with damage effect of combat as an exclusive bonus item. for collectors.”