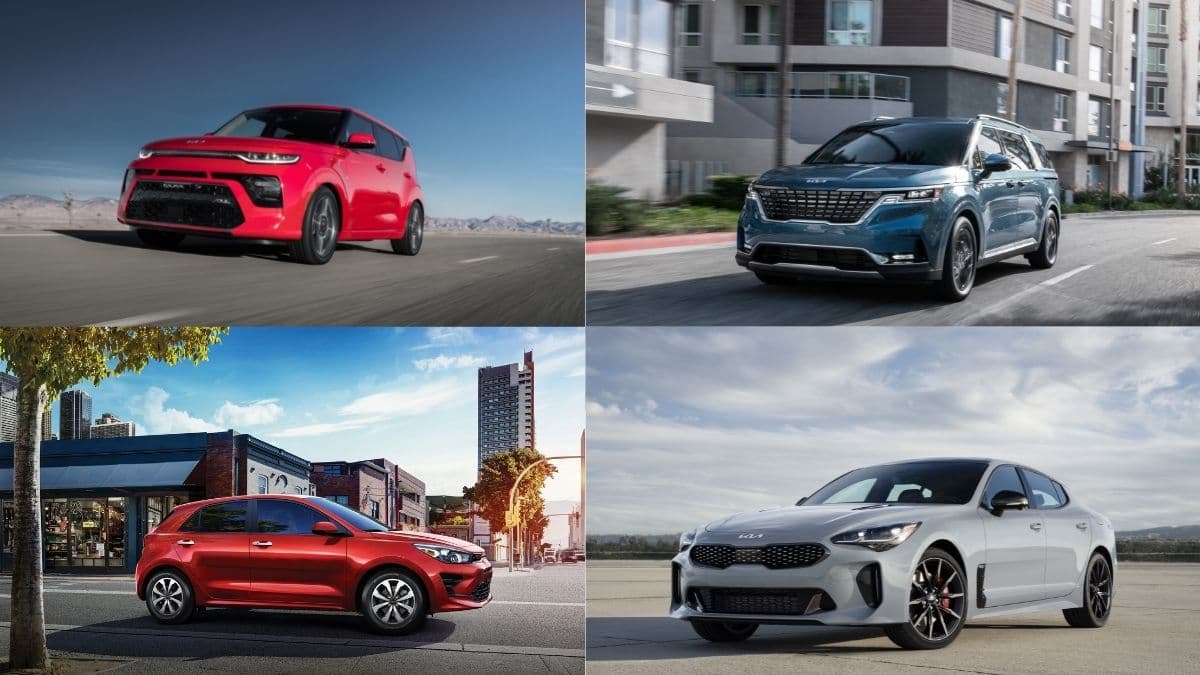 Let’s start with the cheapest vehicle. The Kia Rio subcompact car starts at a little over $ 16,000. It is one of Kia’s most fuel efficient cars and does not include any electrified options. It meets the basic transportation needs of many and is Kia’s 8th best-selling vehicle in 2021, meaning it only sells above 3 other Kia models that are still in production for the market. American this year.

Could he get an electrified option in the next few years? I guess the answer is no, for several reasons: The Rio is Kia’s entry-level vehicle and is meant to be affordable. Manufacturing an HEV version would add a few thousand dollars, or more, to the price for minimal return on profits or the average fleet fuel economy because it is already efficient. An EV version could also cannibalize sales of the (currently) lower Niro. It could still be something Kia decides to do, of course, but it doesn’t seem as likely in the short term.

What about the subcompact, boxy crossover SUV, the Soul? It was once offered in electric form in the United States (like the Soul EV), but not anymore. The Niro replaced it, essentially, and now the EV version is only sold in markets outside of the United States.

Could Kia decide to offer an HEV or PHEV version of the Soul? Unlikely, I guess, in part because its EV version has been sold here before. In addition, it might not be electrified because it is already one of Kia’s best-selling vehicles (6th best in 2021) and also for the same reasons mentioned above for the Rio: it could cannibalize sales ( of the Niro), it would raise the price otherwise lower, and it is already a fairly fuel efficient vehicle. However, a future generation may bring new electrified options. We’ll have to wait and see this.

How about the all-new rugged-looking non-MPV van, the Carnival MPV? It seats up to 8 people, replaces the mellow-mannered Sedona (which hasn’t been selling particularly well in its segment recently), and is one of Kia’s least efficient vehicles. Sure, as one of Kia’s fuel economy-dropping vehicles, it could benefit the most from electrified options.

An HEV option would make it competitive with the Toyota Sienna, which could match it in terms of efficiency, or even capacity, depending on whether or not it remains a front-wheel drive vehicle and has a 4 engine. more efficient cylinders.

A PHEV option could rival the only other PHEV minivan on the market, the Chrysler Pacifica Hybrid. And an EV version of the Carnival would be in a class of its own: the class of fully electric movers for 8 people! The possibilities are interesting, at least, and of all the models mentioned in this piece, the Carnival seems the most likely to be electrified in the near future.

Finally, what about the Kia Stinger? It’s a bit of an anomaly, but it makes sense when you consider that Kia doesn’t have a performance or luxury-focused subsidiary (like Honda to Acura, Toyota to Lexus, etc.). Could he see an electrified version in the next few years? Something tells me it’s not likely, unless maybe it’s a performance-driven hybrid or a plug-in hybrid. The Stinger is already pretty efficient when it comes to performance-oriented sedans. Adding more horsepower and torque, without sacrificing efficiency and / or improvement, seems like the sort of thing that would interest young American performance enthusiasts. This may be especially true when you consider that cars like the Tesla Model 3 will outperform the Stinger in the power and efficiency improvements that electrified options bring.

Is a full EV version of the Stinger in the works? I doubt that, given how well the EV6 performs in its expected top trim level and / or how we might expect from other EVs, Kia will bring to market in the years to come. The Stinger is, I predict, more likely to see an HEV or PHEV version (if applicable), if it persists for more than a year or two. But I also wouldn’t be surprised to see it gradually phased out in favor of fully electric performance models, eventually.

What do you think? Please share your comments below.

Justin Hart has owned and driven electric vehicles for over 14 years, including a first generation Nissan LEAF, a second generation Chevrolet Volt, a Tesla Model 3, an electric bicycle, and most recently a Kia Sorento PHEV. He is also a SUP enthusiast, poet, photographer and wine lover. He enjoys taking long EV and PHEV road trips to beautiful, serene places with the people he loves. Follow Justin on Twitter for daily KIA EV news coverage.