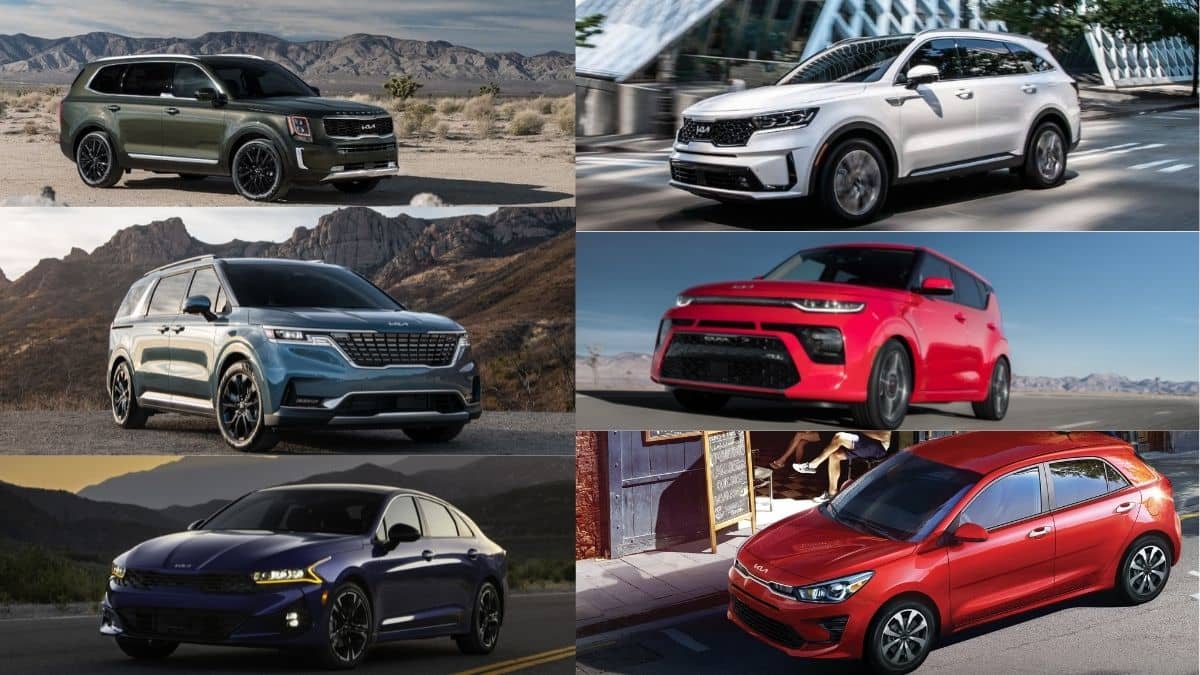 The popular magazine considers the cars on its editors Choice list of top-ranked models in their respective segments, and Kia has more models this year than a number of automakers, including but not limited to: Toyota, Nissan, Chevrolet, and Volkswagen (if you don’t count not two versions of the same model, the Golf, a regular favorite at C&D). BMW, Porsche, Ford and Hyundai, among others, have won more awards than Kia. Car and Driver emphasizes vehicle performance as the focus of its testing, but complements a rigorous testing regime which includes various tests for safety, usefulness and effectiveness, among others. Of particular note, for those concerned, is that C&D’s efficiency testing includes real-world, higher-speed interstate testing that more honestly reflects how many people drive (compared to how the EPA tests for efficiency), so their numbers may more accurately represent the results typical drivers will get. to see.

The 6 models for which Kia received awards are: Telluride (also on their 2022 Top 10 List), Sorento, Soul, Rio, K5 and Carnival. All models received a rating of 8.5 out of 10 or more by the magazine (with the Telluride getting a perfect 10 out of 10). Last year, Kia had just 5 models on this list, with the Carnival being the new addition for 2022, scoring a 9.0 compared to a 6.5 for its 2021 equivalent, the discontinued Sedona minivan. The Carnival’s score is tied with the Honda Odyssey and beaten only by the Chrysler Pacifica which scored a 9.5. The Pacifica appears to have edged out the Carnival due to its larger cargo space and an all-wheel-drive option, Carnival’s strengths including performance and handling, and lower prices.

Let’s take a look at the competitor’s scores and rankings against other Kia models that made the list. C&D lists the K5’s strengths as “stylish interior and exterior, many popular features at an accessible price, the 290hp GT model is delightfully fast” and its weak points as “too tall driving position, the larger wheels contribute to a chunky ride quality, the 290hp engine tends to dominate the front tyres.” Comparisons to its family sedan competitors also make the list (C&D’s perennial favorite and 10 best holder of the title, the Honda Accord and the Hyundai Sonata) basically boils down to the Accord being the champion in handling and driver engagement and the Sonata being the option with a more luxurious interior and higher fuel economy. The Kia Rio’s strong points are that it “drives like a more expensive car, nice and simple interior, standard wireless smartphone mirroring features” and the f weak are “cramped rear seat compared to some rivals, lacks cargo space, looks silly”. Compared to its only competitor on the subcompact car list, the Hyundai Accent, the Hyundai offers more “dignified” styling and possibly better handling over the Rio, as well as a potentially higher price tag, according to. Kia Sorento’s strong points are that it “looks classy and rugged inside and out, plenty of powertrain options, fun to drive and comfortable to drive” and the weak points are that ” adults should avoid third row, larger touchscreen skips mirrorless smartphone, cargo space may be compromised.” There are more midsize SUVs on the Editor’s Choice list than Adidas don’t have sneakers or a plumber don’t have pliers (thanks beast boys). Clearly, mid-size SUVs are a popular vehicle class. Compared to rivals from Ford, Mazda, Hyundai, Jeep, Honda and Kia itself, the Sorento stands out for its looks, available powertrains (which include the only plug-in hybrid option in its class, and therefore make it by far the most fuel-efficient non-luxury mid-size SUV on the market) and ride comfort (which I can add from experience and other reviews is quieter than most competitors, especially in the plug-in hybrid). The Kia Soul’s strong points are that it has “iconic exterior styling, spacious cabin, good feature-to-dollar ratio” and weak points are that it is “not as fuel efficient as Similar SUVs, rear seats don’t fold flat, driver aids not standard.” Competitors on the list are from Hyundai, Mazda, and Volkswagen, and the Soul stands out from the rest primarily in styling and roominess, but is outdone by the Mazda in handling, fit and finish, and the VW in efficiency.The last vehicle to make the list is the Kia Telluride, also classed as a mid-size SUV. ‘it “carries families in comfort and style, packed with desirable features, a great value proposition” and the downsides are that it has “steady ride manners, the V-6 isn’t the most fuel-efficient, the cruise control adaptive speed is intrusive”. Compared to the Sorento and other competitors, the Telluride’s main selling points are its feature set and value proposition. If you’re looking for a more efficient SUV and can accept the slightly smaller form factor, the Sorento is the undisputed champ. If you’re looking for more off-road capability or a spirited driving experience, models from Ford, Jeep, or Mazda might be better choices.

These accolades for Kia are sure to translate into additional demand for the six models on this list. What do you think of these results? Did something surprise or disappoint you? Please leave your thoughts below.

Justin Hart has owned and driven electric vehicles for over 14 years, including a first-generation Nissan LEAF, second-generation Chevy Volt, Tesla Model 3, electric bicycle, and most recently, a Kia Sorento PHEV. He is also a SUP enthusiast, poet, photographer and wine lover. He enjoys taking long EV and PHEV trips to beautiful, serene places with the people he loves. Follow Justin on Twitter for daily news coverage of KIA EV.