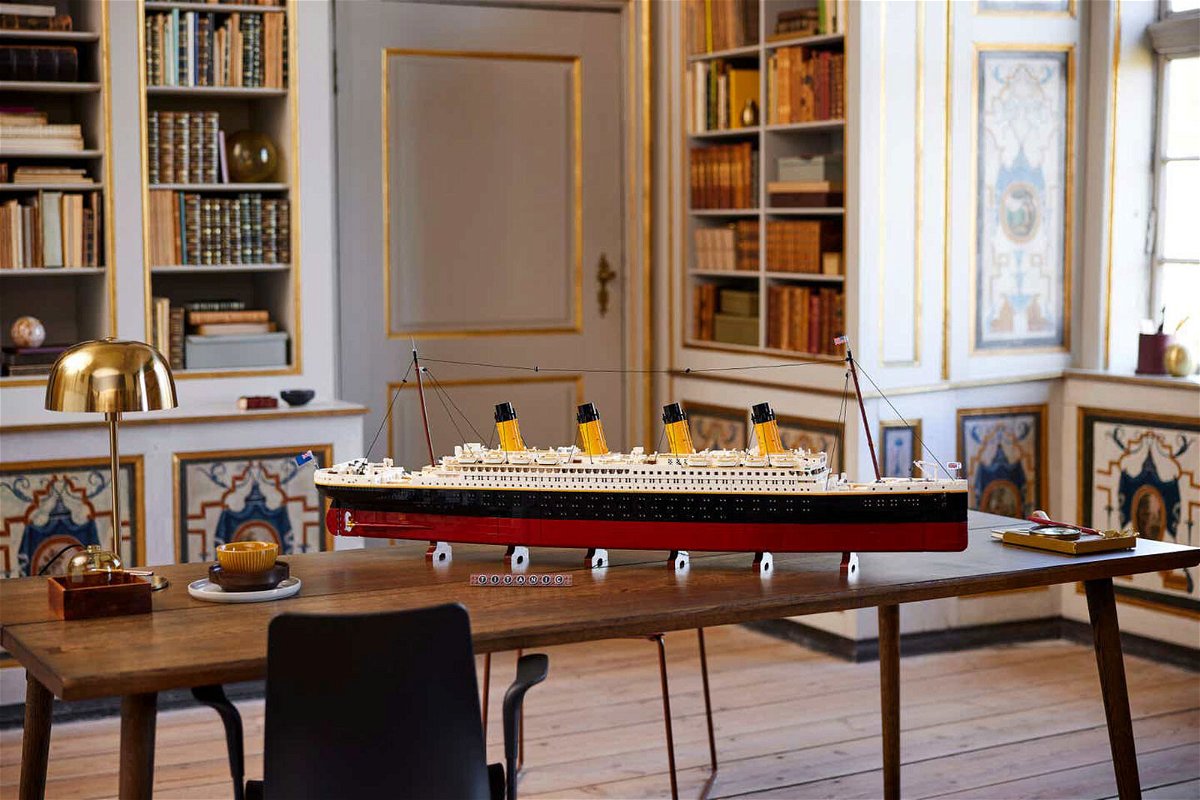 LEGO to release 9,090-piece scale model of the Titanic – its largest set ever

Historians and boating enthusiasts might want to save some money. LEGO has unveiled its biggest set, arguably the world’s most famous ship, the RMS Titanic.

At over 53 inches long, the model is a replica of the doomed liner, which, at the time of her maiden voyage, was the largest passenger ship afloat.

The original Titanic sailed from Southampton, England to New York on April 10, 1912.

Comprised of 9,090 pieces, the replica model divides into three sections to reveal the interior of the ill-fated ship, including the grand, first-class staircase, which spans six decks, as well as a stylish dining room. Jacobin and the engine piece.

The LEGO Ship is a 1: 200 scale model and also includes a recreation of the ship’s deck, promenade deck and swimming pool.

“At the time of its launch, the Titanic was the pinnacle of nautical engineering, the largest moving vehicle ever created. It’s been an incredible journey to recreate this iconic ship from LEGO bricks, using blueprints created over a century ago, ”LEGO Group design master Mike Psiaki said Thursday in a statement.

“Designing the LEGO Titanic with an emphasis on immense detail and scale, but also on precision, allowed us to create one of the most challenging building experiences to date,” he said. added.

The set won’t come cheap, however: available for pre-order from November 1 and on general sale from November 8, the ship will retail for $ 629.99.