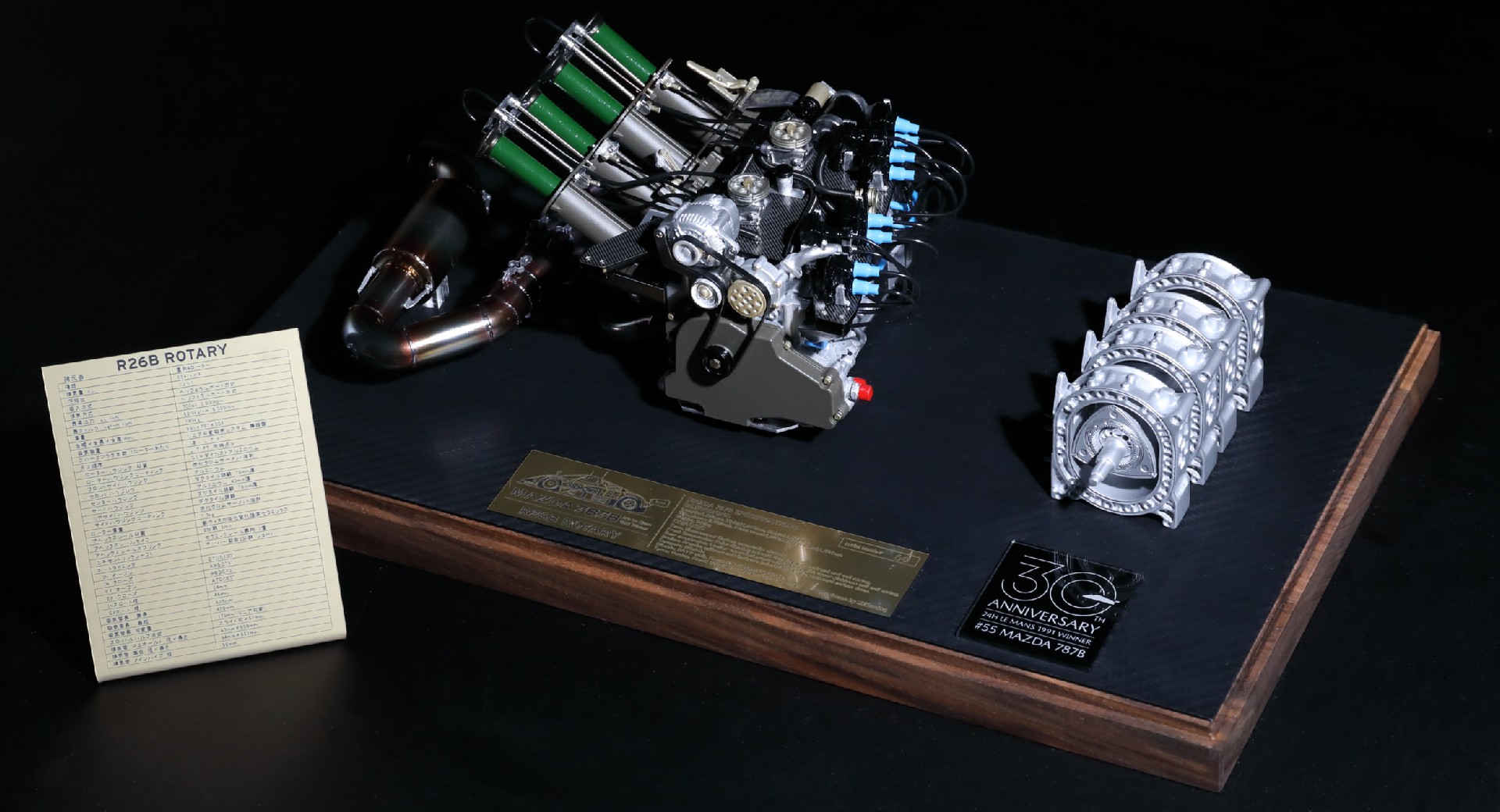 
This year marked the 30th anniversary of Mazda’s victory at the 24 Hours of Le Mans with the rotary-engine 787B. To celebrate the occasion, MZ Racing is offering a detailed 1: 6 scale model of the four-rotor R26B engine in racing specs that sells for 179,300 yen ($ 1,579).

The company produced a similar scale model in 2018 in a limited number of 100 units. The new one also gets the exhaust manifold and muffler and it is not limited. As with the previous iteration, the hand-built 1: 6 scale model was created with the help of Kusaka Engineering and Mazda based on the 3D scan of the actual aftermarket engine.

See also: Mazda celebrates 30 years of its 24 Hours of Le Mans victory with the 787B

Although the model has no moving parts, the level of detail is incredible. The four rotors connected by the eccentric shaft are fixed in their correct position relative to that of the first. The rotor housing has the stroke specification intake peripheral port and replicates the subtle difference between the manifold and the sides of the combustion chamber. 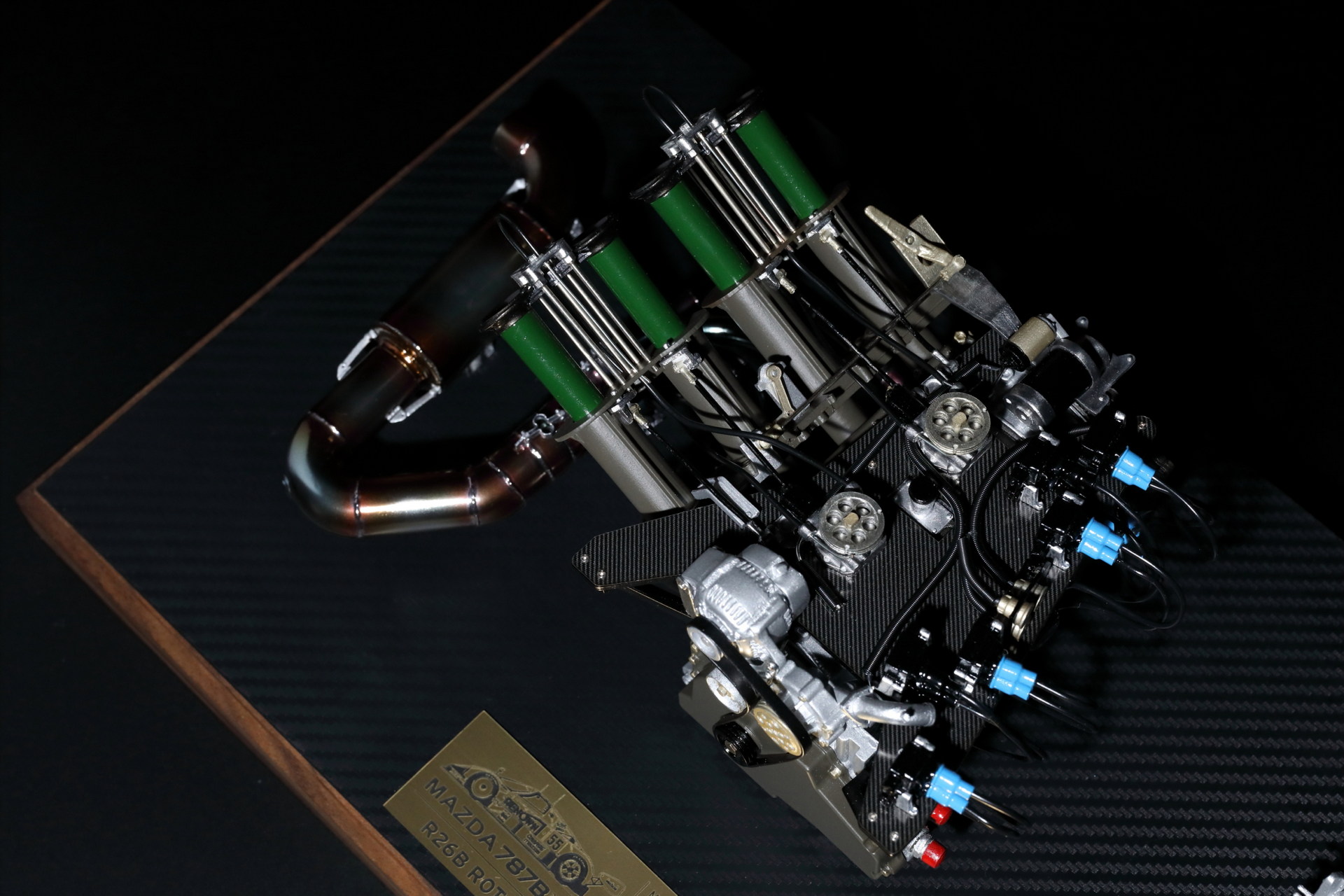 The scale model comes with a 30th anniversary tag, 787B specification plate, R26B specification panel, display stand and plaque with a message from Takayoshi Ohashi who was the team director and oversaw the Le Mans program. of Mazda for two decades.

If you want to purchase your own handcrafted scale model of the R26B engine, MZ Racing will be accepting orders through its online store until December 10. The first units will be shipped from Japan in November.