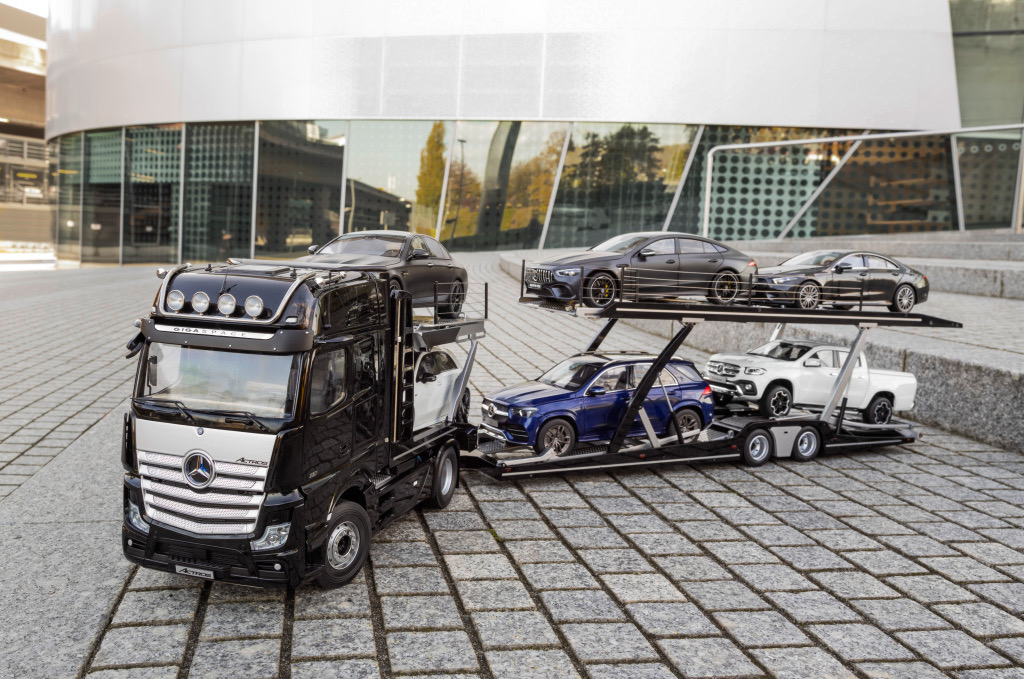 1:18 scale diecast models are popular collectibles, plus they cost less and take up much less space than actual vehicles. And now Mercedes-Benz has found a nifty way to display these vehicles – a new 1:18 scale Actros car transporter which the company says is the first available at this scale.

â€œThis opens up entirely new horizons for commercial vehicle models. Even the smallest details inside and outside the Actros are clearly recognizable.

â€œAnd then there’s the 96.5 cm (almost 38 inch) long car transporter body which is just as feature rich as the original trailer. The car transporter can be loaded with up to seven Mercedes-Benz model cars from the extensive 1:18 scale Mercedes portfolio and intelligent vehicles.

Or with an equal number of any other 1:18 scale model.

Mercedes notes that the trailer is made up of 500 individual components and is held together by 225 screws, pins and tools. The tractor is based on the one unveiled at the IAA Hannover 2018 with the new Actros facelift. The model has a tilting cabin that exposes the engine. The doors open, the service hatch too.