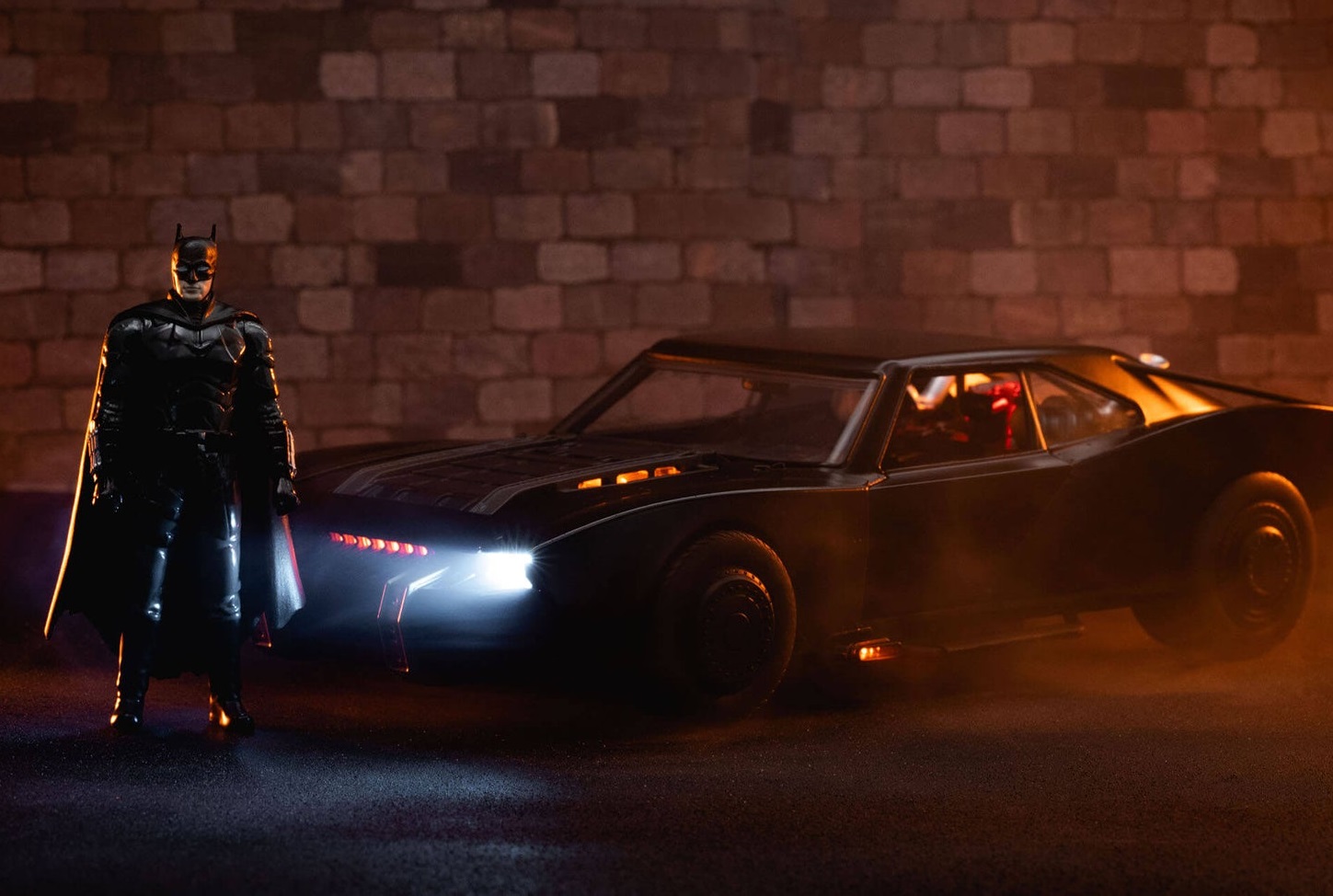 Jada Toys has announced not one, but two unique die-cast Batmobiles for the upcoming The Batman. The first is one twenty-fourth scale and is the retailer’s option. The second is an exclusive one-eighteenth scale vehicle. Both offerings include Batman minifigures. The larger exclusive version also includes lighting features including working lights, side markers, taillights and engine compartment. This exclusive version is available directly through Jada Toys Next Level Shop. Both Batmobiles will be released in March 2022. Pricing and pre-order links are available below. It’s also worth noting that while we were researching these two items, we found a mention of Jada Toys having a 1:32 scale Batmobile and a Nano Hollywood Rides 3-pack connected to The Batmanbut none of them have released any information yet.

At the Batcave! And bring that iconic Batmobile with you. The Batman’s ride from The Batman takes its style cues straight from the film. Clean lines abound and the front hood displays hints of the majestic engine under the hood. This ride features opening doors, hood and trunk, plus a detailed interior. Comes with a 2.75″ 100% die-cast collectible Batman figure with cape and cowl.
Price: $19.99
Pre-order on Entertainment Earth

He is Vengeance and you have his turn. This long-awaited Hollywood Ride of 2022’s The Batman is directly inspired by the film. Angular lines abound and muscle car notes dominate this spectacular vehicle. With working lights, opening doors and hood; the Batmobile also comes with a 3.75-inch Batman die-cast figure complete with cape, cowl, and badge.
Authentic licensed product from DC. As seen in The Batman, the Batmobile has been pulled straight from the big screen and brought to you in a 1:18 scale die-cast vehicle with a 3.75-inch die-cast figure. Made from durable materials such as a 100% die-cast metal body and premium rubber tires. Our premium molding method allows for feature-rich details such as an opening hood, doors and detailed interior. The Batmobile features working headlights, side markers, taillights and a detailed engine compartment. The Batmobile and Batman figure comes mounted on a stylized detachable display base.
Price: $60.00
Pre-order exclusively on Jada next level Where Entertainment Earth