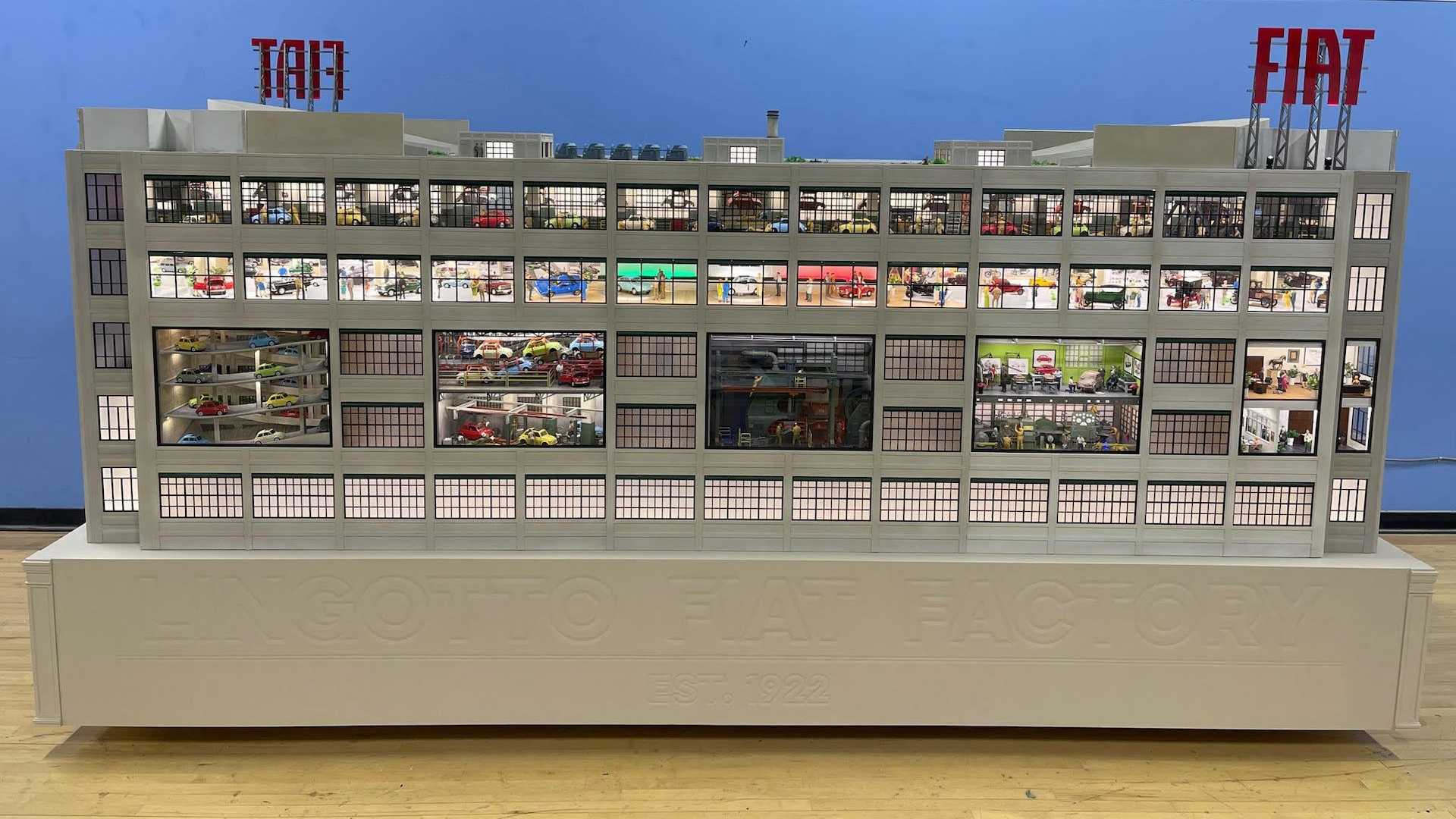 Slot Mods Raceways is known for its handcrafted 1:32 scale wooden slot car race tracks. They’re pretty cool to own if you can afford them, but the company’s latest creation is something no one else could have.

Built for a private collection, Slot Mods Raceways took two years to create a working scale model of Fiat’s famous Lingotto factory. Whoever this cool masterpiece was made for is sure to be a big Fiat fan.

For the uninitiated, Fiat once had a huge factory in Lingotto, Italy, long before the Stellantis era. The structure opened its doors in 1923 and at the time it was the largest car factory in Europe and the first Fiat factory to use assembly lines.

Praised for its unusual construction, the factory had five floors. The raw materials entered on the ground floor, then the car assembly line went up to the top floor. The finished cars were taken out to the roof where a test track awaited. It was an architectural marvel, so much so that Le Corbusier called it “one of the most impressive sights in industry”.

This is the very essence captured by Slot Mods Raceways in its latest creation, measuring 6 x 15 x 4 feet. You can view a few clips of the working scale model via the embedded social media posts above. As you can see there are custom Fiat 500 scale models running through the roof which makes this scale model even more impressive.

Unfortunately, Fiat had to close the Lingotto factory in the 1980s. After an architectural competition, the factory was rebuilt to the winner’s specifications. The old factory has become a modern complex with concert halls, a theatre, a congress centre, shopping malls and a hotel.

Fortunately, the rooftop test track has been retained and is still open to visitors.

What if brands were true to their names?