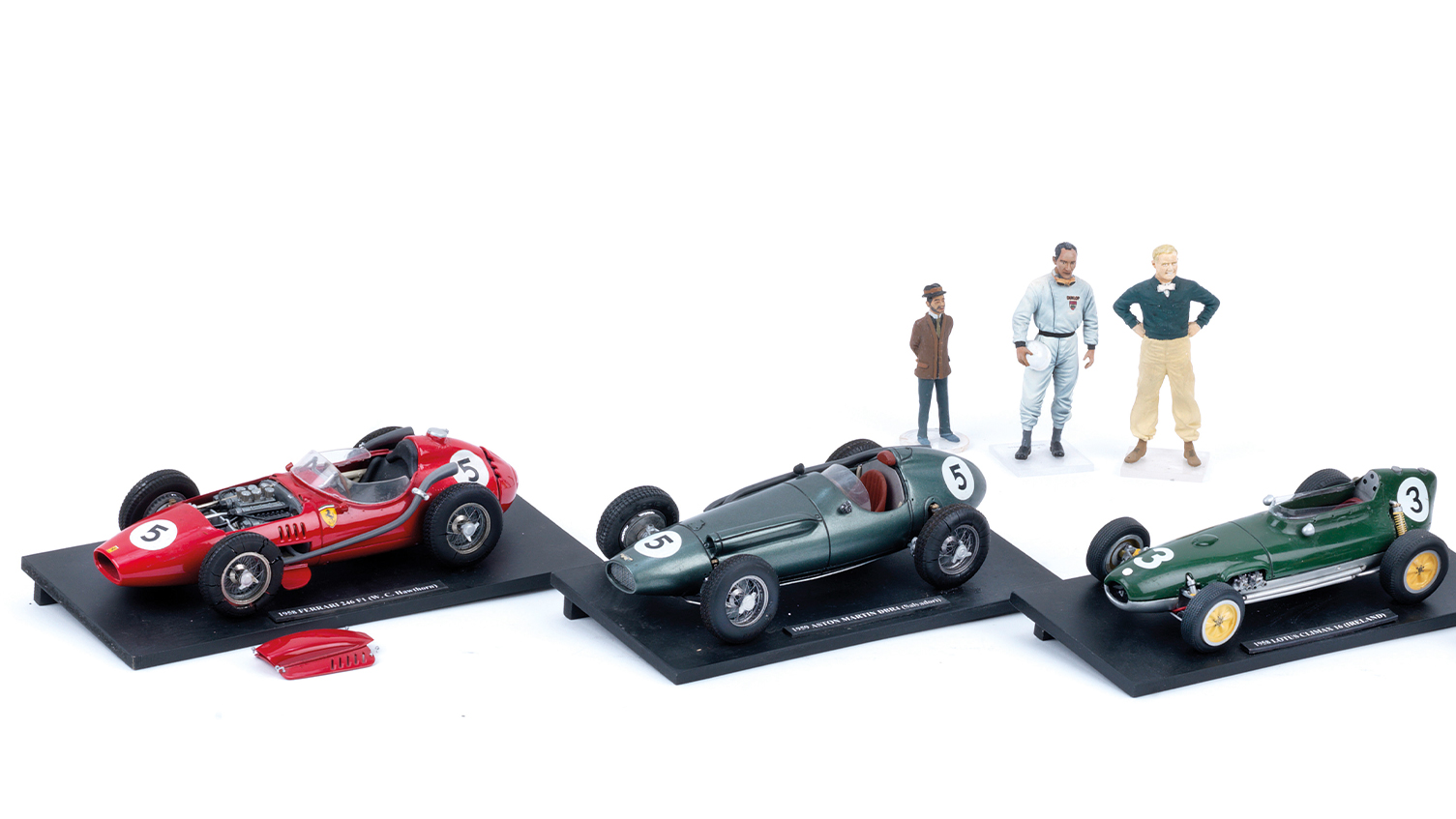 Who doesn’t have a car model or two (or 40) on a shelf? Today’s specialist builders can offer a miniature of any car, however rare – forget the GTO, you’ll have no trouble finding a Matra Djet or Brough Superior in scale or scale. other.

Die-cast and resin models have come a long way in terms of precision, while with 3D printing and photo-engraving it is now possible to produce multiple examples in superb detail. CMC, Amalgam and Exoto all offer impressively accurate race and road cars in several scales ranging from a few hundred to over £13,000, more if you want a hand patina to look like having spent 24 hours beating Le Mans.

Yet there is a higher level that fascinates – the unique large-scale handcrafted masterpiece.

Before there was smart technology to help people made miniature cars and in the early years this meant hand beating thin brass body panels and carving patterns into wood to mold parts of engine and even rubber tires. These unique pieces from famous names become prized collectibles and good investments – if you can bear to stop opening the hood and wiggling the steering wheel.

A preeminent pre-war name was Rex Hays, whose hand-carved 1:20 or 1:10 scale wooden bodies on carefully crafted chassis are on display at the National Motor Museum. Today’s standards may have surpassed his work, but for the time it was impressive.

A name that makes buyers’ fingers tremble is Michele Conti who, from the 1960s, was assembling beautiful models, first with wooden bodies, then with formed aluminum on scale wooden bucks – a process he was familiar with as he worked at Pininfarina on full-size cars. Equipped with opening doors and hoods attached with leather straps, detailed dashboards and genuine leather seats, these works of art could take him an entire year and sometimes included a tiny roll of tools with tiny parts. . Often commissioned by the owner of the real car, these signed one-offs will always get the best deals – one buyer paid £7500 for a 1:10 Conti Ferrari 330 GTC at RM Sotheby’s, and that was a few years ago.

Although Michele passed away in 1996, his son Maurizio continued the tradition.

“These are treasures that people cling to”

Another master was Gerald Wingrove, who made extraordinary efforts for realism. For example, modeling the Tulipwood Hispano-Suiza, he built a 1:15 body of hundreds of pear slats secured with thousands of brass pins. thinner than the actual pins. And for the 1938 Alfa 2.9 Le Mans Coupe, he measured the full-size car, carved wooden body designs, then beat paper-thin brass over them, before inserting ultra-thin wires into the wood to replicate the original frame, eventually removing that spidery frame and attaching body panels to it. Inside the delicate skin, you’ll find utterly faithful mechanicals right down to every pump, hose, and mount. Although he passed away in 2019, his website is still here to watch.

But don’t expect to see many for sale: Toby Wilson of Bonhams says: “These cars are all collectors’ and only come out when there’s a break in the collection. They are real treasures that people cling to. It’s not modeling, it’s modeling. »

Anthony Dennis’ creations are particularly sought after. “They’re even more spectacular,” Toby continues, “because of the fully functional suspension and steering and incredible detailing. And while Conti was quite prolific and Wingrove occasionally made two or three examples, Dennis only made only eight different unique copies.

These foot-long gems are stunning – over 4000 parts, working throttle gear and linkage, wooden steering wheel; the steering even turns in the right gear. In 2017 Bonhams sold one for £21,250.

Toby adds that another excellent modeler was Nigel Dawes, the Jaguar collector. “Trained as a goldsmith, he never sold any of his works but we have a collection of his models for sale at Goodwood Revival.”

Alistair Brookman was another to painstakingly include every little part under removable panels. Lesser known, his 1:12 Ferraris are arguably undervalued. About 15 years ago in the States I met the very intense Andy Mathews, whose exquisite 1:12 Formula 1 jewels contain thousands of parts and were then selling for around £10,000, but I haven’t spotted one for sale since.

Back in the real world, the “sidewalk” models, without opening panels or frames, are more affordable. Javan Smith’s detailed limited edition 1:8 scale Ferraris sell for a few thousand and you can find a 1:8 scale Lola T70 or John Shinton’s Austin-Healey in a similar rack.

In describing these precious and expensive delights, I wonder if one or two of our readers own a Wingrove or a Conti?