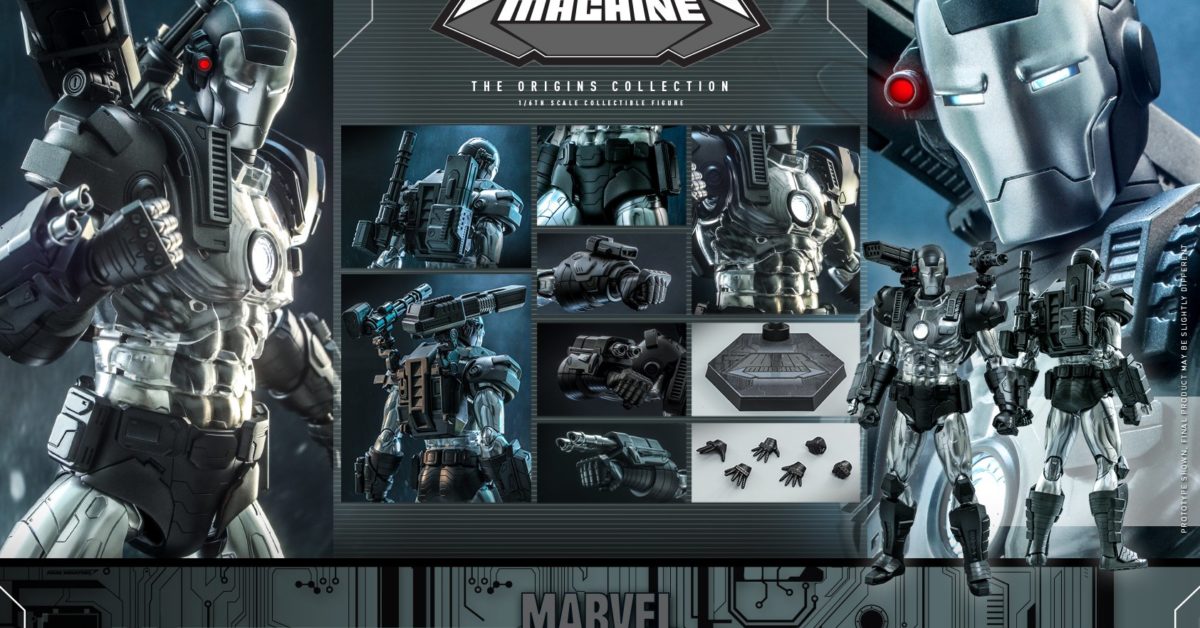 Just when you thought Hoy Toys had had enough of making Iron Man action figures, they’ve announced another one is on the way. It looks like the Iron Man The Origins collection is getting another addition with Marvel Comics War Machine. James Rhodes wears his iconic armor straight out of the comics with an impressive 12.5-inch frame. It will feature 30 points of articulation, newly added die-cast metal elements and, of course, LED functions. Hot Toys made sure that Rhodey was also equipped with a variety of interchangeable hands and his rear-mounted and arm-mounted guns. Both weapons are articulated and look fantastic when deployed, making War Machine a necessary and must-have figure for the Iron Man Origins collection. War Machine is a powerful ally and has helped Tony and the Avengers in many wild situations. This figure does a lot of justice for the figure even though an unmasked head sculpt is not included and he will easily stand out in any Hall of Armor collection. The Hot Toys 1/6 Scale War Machine figure is priced at $375, slated for release in Q3 2023, and pre-orders are live here.

“Introduced in the Iron Man comic #118 in 1979, War Machine proved to be a capable hero and a loyal friend, someone reliable and faithfully patriotic throughout his comics. He aided Tony Stark in countless near-death situations, got on the line to save the world, and eventually became a superhero all on his own. Returning to the original paint scheme inspired by comic book pages, Hot Toys is thrilled to bring War Machine as a new 1/6th scale die-cast collectible figure with crystal armor to expand on The Origins Collection.”

5 T-Shirt Brands From The 90s That Were Pure Trash