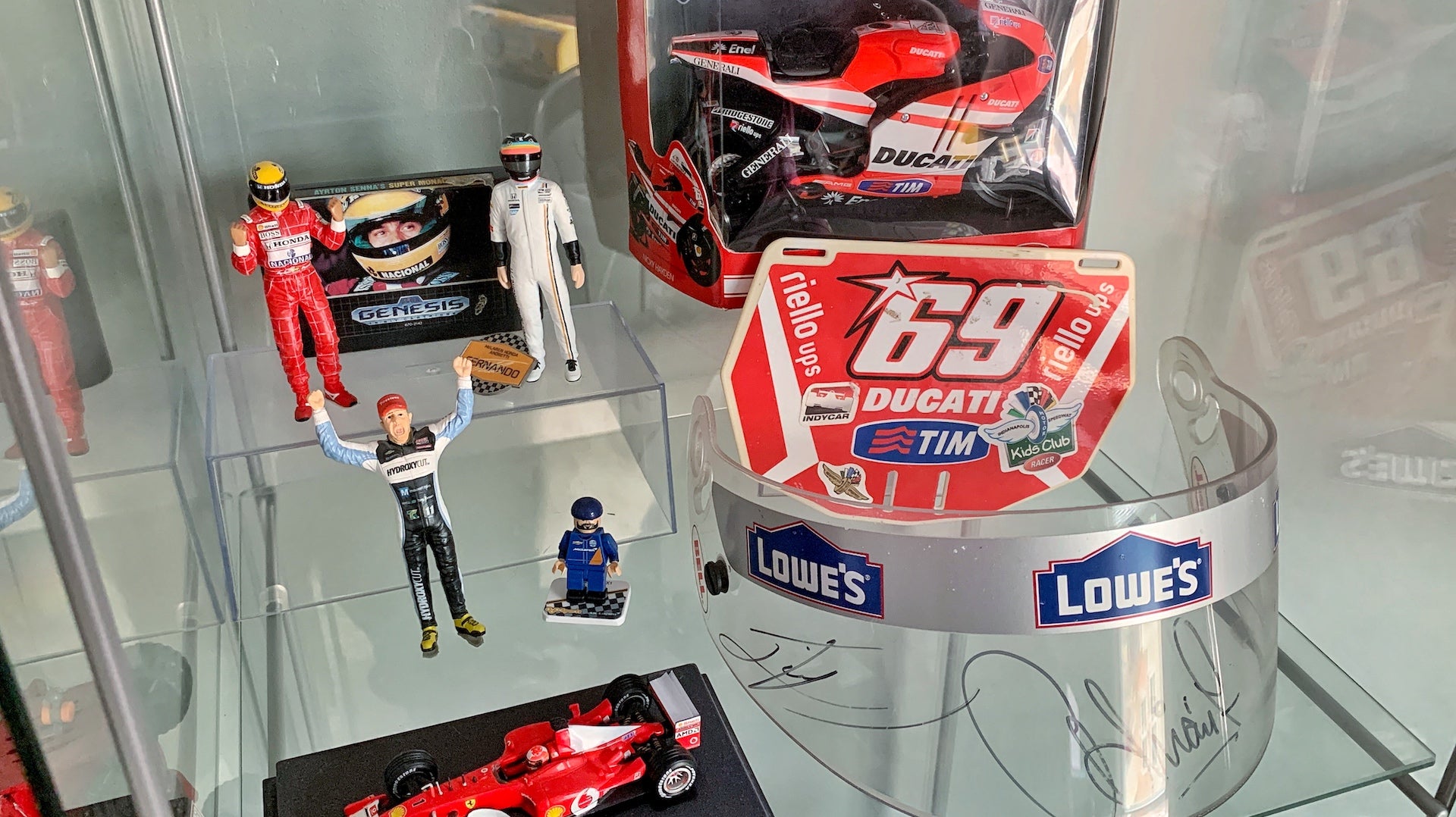 What’s the coolest loot, toy, or car gear you’ve ever had?

One of the coolest things about being a gearhead is that you don’t always have to obsess over collecting actual cars – because they cost a lot of money after all – but you most definitely can do it with the car-related swag swirling around them. Whether it’s posters, die-cast cars, or just a cool t-shirt, car swag can be a lot of fun and, in some cases, even very collectible.

So, I’m curious, what’s the coolest car loot, toy, or gear you’ve ever had?

Swag can be acquired in many ways, but my favorite way has always been at car shows or motorsport events. There’s something super cool about being handed a free, often hard-to-find souvenir, just for the sake of attending a shindig. Sure, you can still buy cool swag, and there’s nothing wrong with that (god knows I’ve used a lot of credit cards in the past buying junk), but that seems a little less special.

Personally, I’ve been a car and F1 enthusiast since I was little. How can I know? Because hidden somewhere in a closet is my baby bodysuit that looks like a Scuderia Ferrari driver’s suit from the 1987 F1 season. Also in that same box is a life-size plastic toy helmet adorned in JPS black and gold livery, mimicking Senna’s John Player Special Lotus F1 car from the same era. These are things my parents bought me back then, and now I often do the same for my kids.

While my childhood car swag game is strong, the stuff from my adult years is even better. This pile of crap that takes up my entire home office and a few closets includes hundreds of hats, shirts, jackets, car parts, and even a pair of Michael Schumacher sandals (yes, sandals). Hell, I even had a Michael Schumacher razor and Fernando Alonso sunglasses. More… original items… include a Nextel cell phone designed by Pininfarina that did not sell in the United States

Do you have questions or advice? Email the author at [email protected]